Between anthropology and science studies, this paper investigates the ambivalences of the moral, political and economical sides of the manipulations and circulation of bios in late capitalism. Challenging the hypothesis of the commodification of the human body and its parts, it is focused on the increasing fuzziness of modern dichotomies such as commodity and person, property and commons, private and public, life and non-life. The implosion of capital and biotechnology, while discloses relevant epistemological shifts in the biological sciences, generates multiple strategies in order to appropriate and valorize life itself and new future visions of wealth and health. 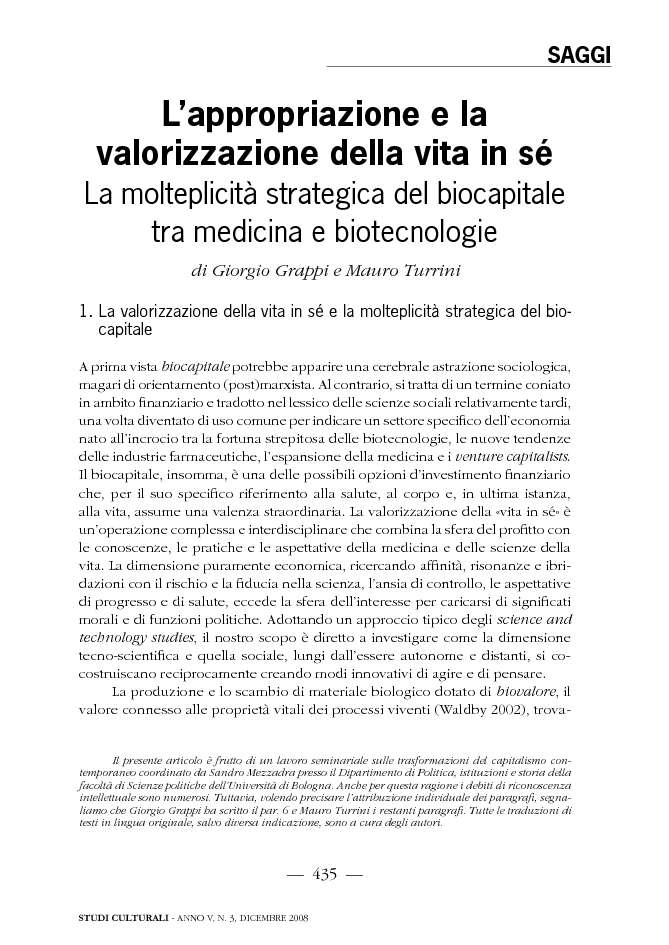