With this article we propose an interpretation of Uno, nessuno e centomila in the more general context of the practice of confession, intended not as a literary genre delineated by precise structural coordinates, but as a device of subjectivity construction. Vitangelo Moscarda, the protagonist of Luigi Pirandello's last novel, seems to respond, in fact, to a request - put forward by legal-psychiatric knowledge - of an exhaustive narrative of the self as it emerged in Europe around the middle of the 17th century and was then developed and defined during the 1800s and the beginning of the 1900s. Through the theoretical proposals relative to the construction of the subject put forward by Michel Foucault and the extreme consequences drawn by Giorgio Agamben, Pirandello's novel will be reread as the construction of a contemporary political landscape, based on the state of emergency and on the concentration camp as paradigmatic of the governance of capitalist modernity. 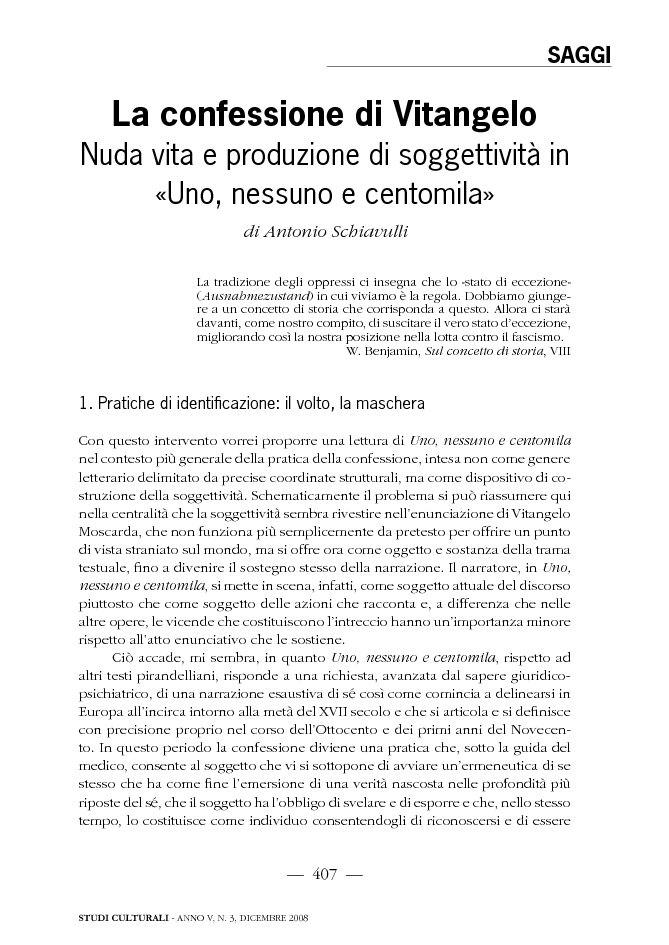