The article explores the connection between everyday life, media and identity, in the wider context of globalization. If individual and collective identities are socially constructed, then it is interesting to examine how these identities are constructed and represented by the local and global media systems, as they are used and consumed in everyday life. At the core of the article lies the argument that mass media are an important resource for the construction of identities. To demonstrate this argument the article presents three case studies. The first case study concerns tarot programs showed by Italian local channels, where the identity of the "client" is locally constructed in the interaction between the client and the magician, in a narrative where the client's past, present and future is narratively and visually displayed on the screen, according to the disposition of the fortune-teller cards. The second case study is based on an analysis of men's lifestyle magazines. By offering a wide set of advices about "how to be a man", men's magazines contribute to the production and reproduction of a "male identity " accomplished through many "body techniques" and "technologies of the self". Finally, the analysis focuses on the media construction of a national "imagined community", exploring the way Italian press and television represented Australian national identity during the coverage of the Sydney 2000 Olympic Games. 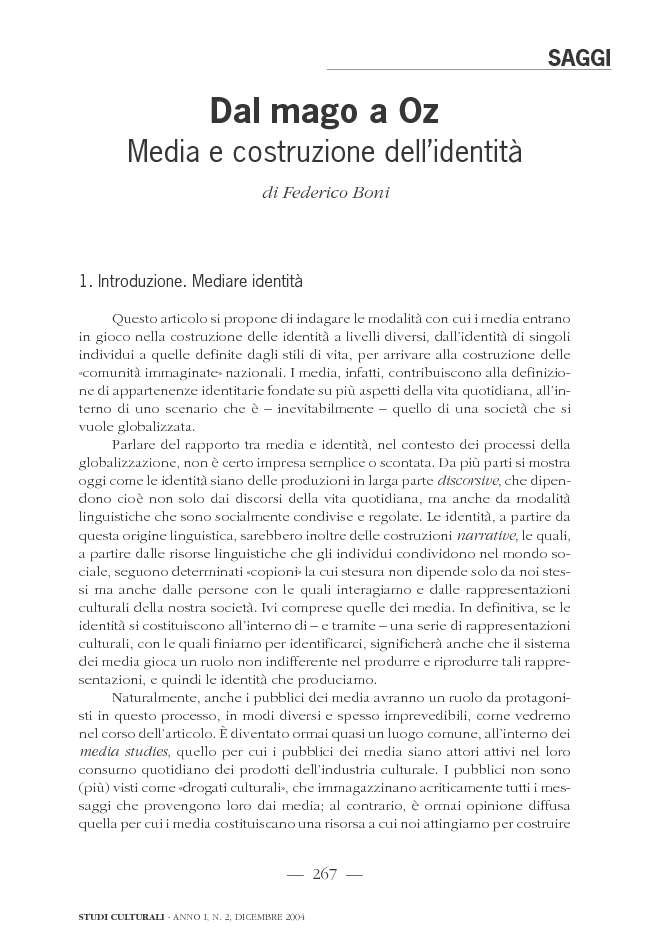