This essay attempts to reconstruct the aesthetic and philosophical-political thought of a polyhedral philosopher, who is little known in Italy, as Jacques Ellul (1912-1994), starting from the centrality he attributes to the topic of “techniqueµ. A first part (§ 1-§ 2) of the analysis is dedicated to the concept of “technical systemµ and to its affirmation in terms of the “empire of non-senseµ. Through the exposition of the function of art in the age of technology (§ 3), Ellul delineates, in a distinct way, an interpretation, often ambivalent, of the twists brought to the technique in his century and configures an interesting reading of the limits and opportunity for man in the technical society. 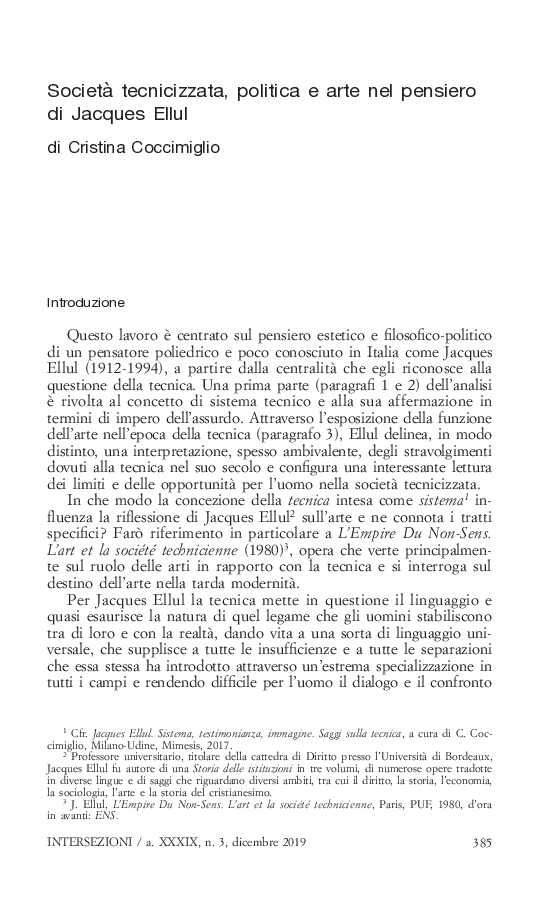