Ever since classical antiquity, Democritus’ laughter, both as derived from the Pseudo-Hippocratic Letters and as opposed to Heraclitus’ tears, has nourished not only philosophy but other areas of cultural production as well, including the visual arts and all types of literature (poetry, theatre, narrative prose and treatises). The present study aims at retracing a range of references to this philosopher’s laughter, above all in French literature from the 16th through to the 18th century. It will thus show the forms taken on by it in each era, whether lauded as a tool used in a critique of human vanity, treated as no more than a mere "divertissement", or again rejected as ridiculous and misanthropic. 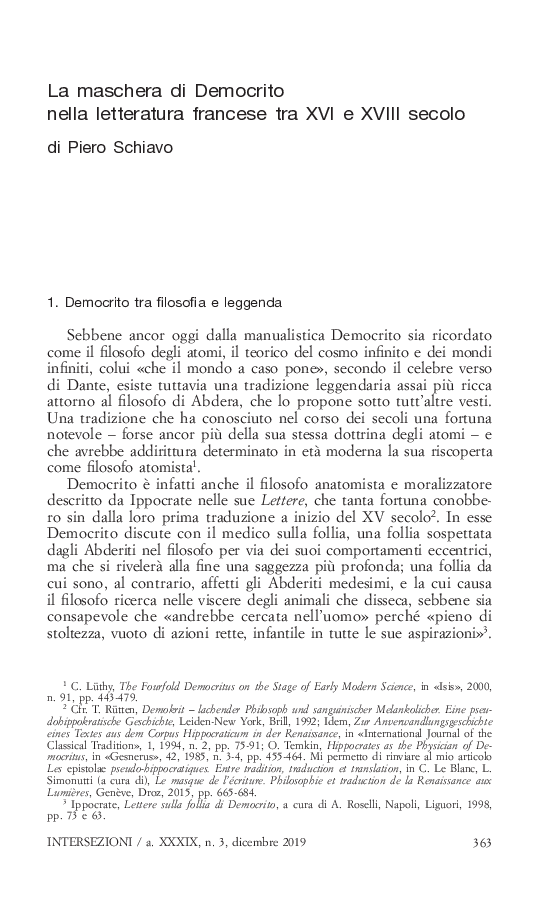