In the last decades or so, for most scholars the "Discourses on Livy" have become the book where Machiavelli theorized, as no one did before, that social conflict causes political freedom. What our essay wants to show is that this idea was far from being his goal or, at least, his main goal, to demonstrate when he began to write the "Discourses". As he points out in the initial lines of the "Proemio", what he had in mind was rather to find «new modes and orders», in other words laws and institutions, through which the politicians of his time could assure both stability and order to the State. And this is, as we prove, precisely what he ceaselessly did throughout the "Discourses". 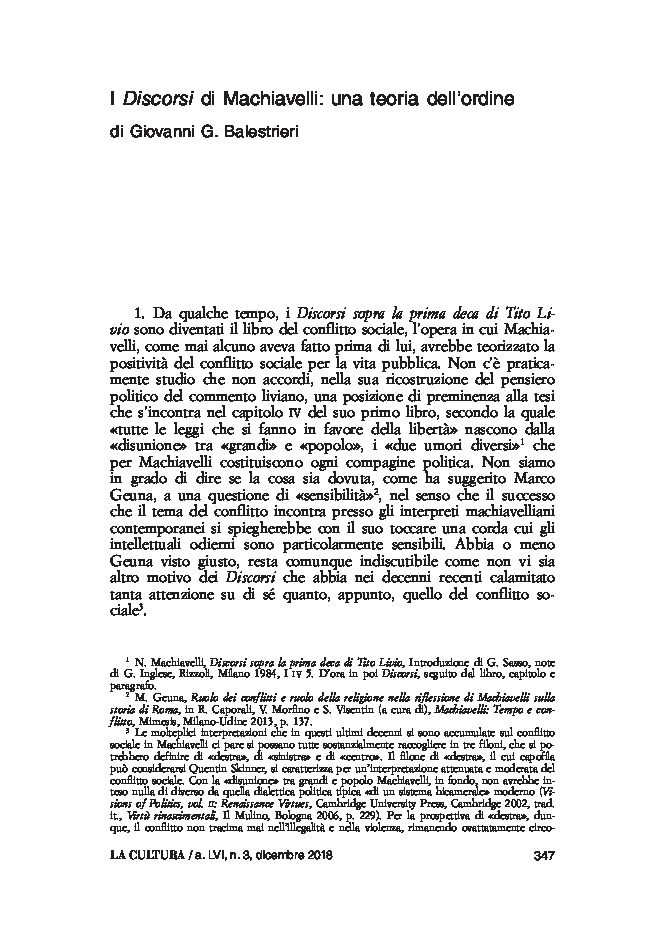