According to Aristotle, Being and One are not kinds, because they are predicated of everything (including specific differences, which are extra-generic). However, Aristotle maintains that Being - even though it is not a kind - is a predicate. Since it is a predicate without being a genus, it can be predicated of any entity, yet it is cannot be subject other than of itself. In this way, Aristotle tries to challenge the Eleatic ontology: rather than attributing different meanings to Being, he credits it with omni-predicativity, in such a way to make Being 'rise' from an ontological to a metaphysical level. As a consequence, for Aristotle truth can only characterize judgements. However, he keeps holding that meaning exists before judgement. His conflation of the mutual contradictoriness between meanings with that between judgements has led him to hold that the Principle of non-contradiction and the Principle of excluded middle substantially say the same, while in fact they say the opposite. According to the first principle, truth consists of a negation, but judgements cannot deny each other, as it is required from the second principle. As a result, according to the Principle of non-contradiction truth is a negation, but negation is not a judgement. 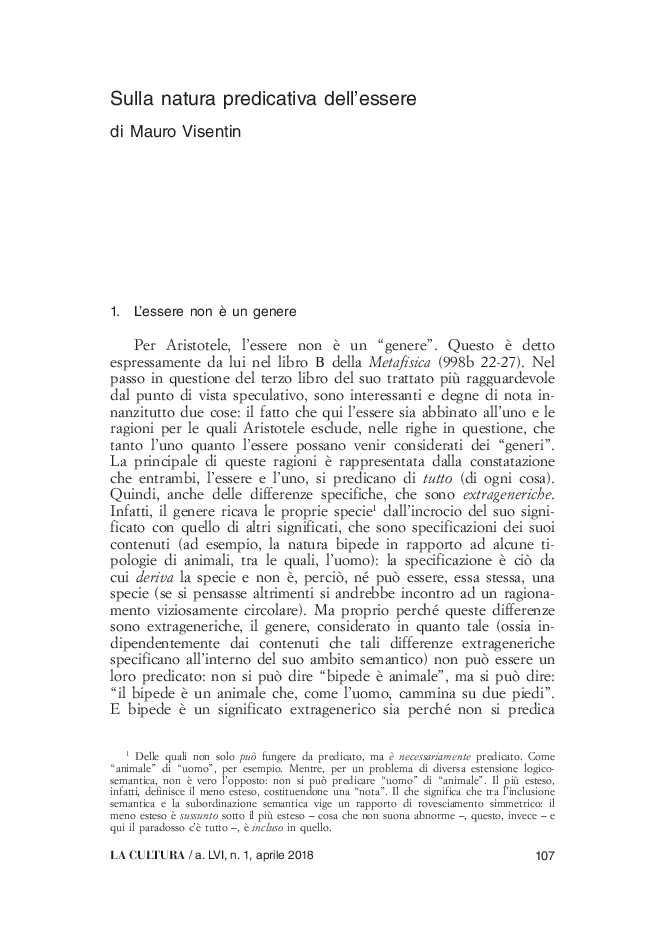