The paper traces many mental phenomena to vocal aspects of sensorimotor empathy (Chemero 2016). It is argued that synergies not only contribute to action but also to presence and, more strangely, how a sense of presence serves in dealing with others. In support of the view, we offer three contrasting cases. First, we discuss imagining a voice on receiving a text. Not only are such reports common but, as described, it marks a change in attitude or, precisely, the trajectory of the texting. Next we defend the claim that presence is grounded in sensorimotor empathy. Accordingly, we appeal to concerted movement in our second example. We sketch how staff use a sense of presence to reposition themselves around a hospital bed. Since no imagining is required, this is likely to be synergetic. Pursuing the argument, the third case pursues details in family conversation. Using acoustic evidence from 750 ms, we trace the particular sense of a wording («ah bene») to the energetics of intermeshing voices. Finally, we claim that the evidence supports, not extended mind, but, rather, what we call a systemic view of cognition. When people participate in extended cognitive systems, they do not act/perceive as organisms (or predictive brains). Rather, as human agents, they draw on dispositions that result from a history of using both things (material engagement) and synergies that grant a sense of presence, and sensorimotor empathy. Skills in using social and solo presence enable persons to individuate and display as living human subjects. 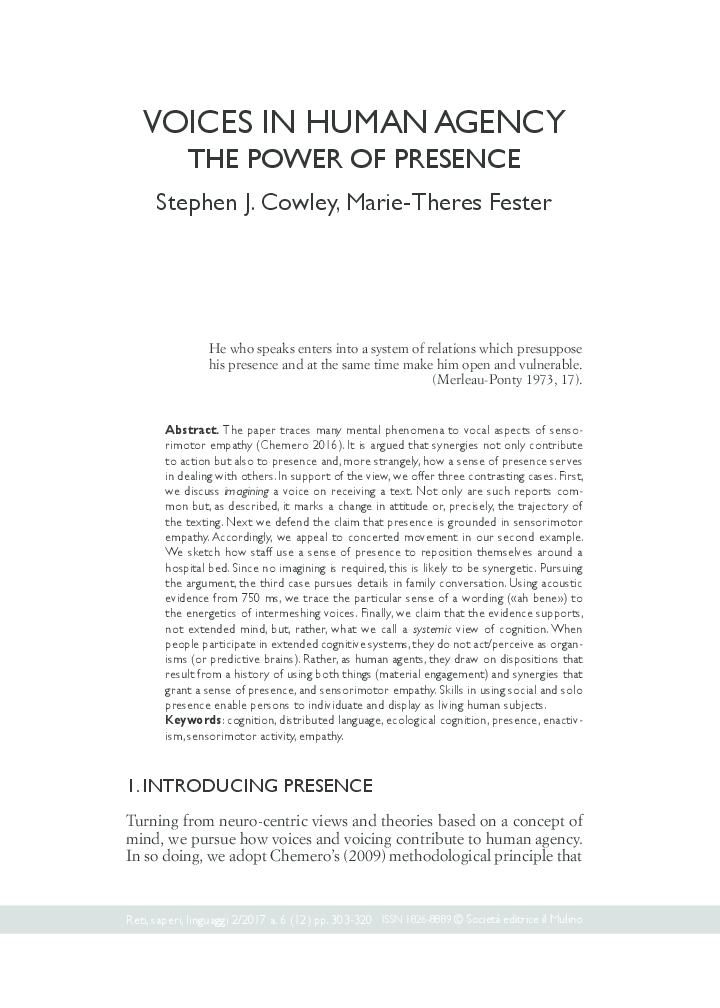