Computationalism, in its broadest sense, is neutral about the ontology of mental states and processes. However, the received view of computationalism accepts the idea that all mental processes consist of symbolic transformations carried out on strings of internal symbols which have intrinsic formal properties. Some accounts of computationalism contrast this idea and propose that, in some cognitive activities, the subject may be part of extended computational systems. I discuss two different, but consistent, extended approaches to computational-ism, namely, Wilson's wide computationalism (Wilson 1994) and Wells' ecological functionalism (Wells 2005). Then, I consider that common examples of extended computation are all those algorithmic procedures that require the use of external resources, such as counting with fingers or solving an arithmetical operation with paper and pencil. Last, I propose a formal theory of these kinds of cognitive capacities which leads to some interesting theoretical hints on the link between internal and external resources in extended cognition. 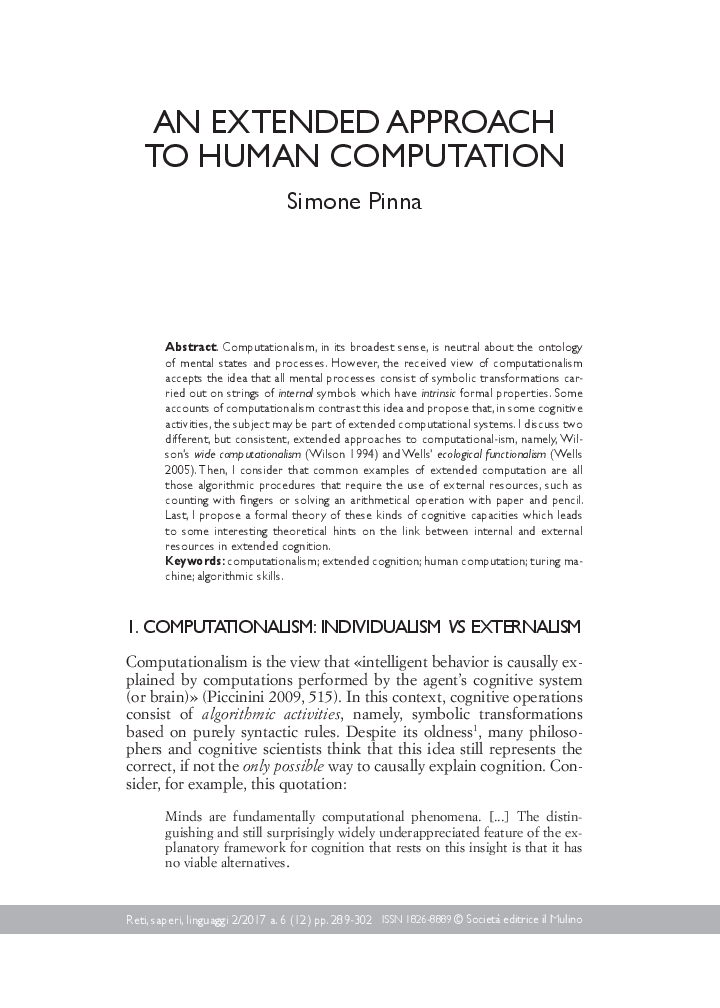