The most recent contributions on cognitive narratology conceive the tale as an instrument of thought and the literary narration as the representation of fictional minds that take a shape within stories. Such a perspective allows us to redefine the notion of literary narrativity, by shifting our attention from the connection over time of happenings composing a plot of causal relations, to the occurrence of events which provide a greater knowledge about the world and the mind processes that organize our experience. By assuming this theoretical perspective, our intervention aims at showing that narrative forms are rooted into the biological-cognitive processes related to the emergence of consciousness, which - according to Antonio Damasio - range from structuring a core-self to a complex unfolding of an autobiographical-self. In this sense, Orlando furioso by Ludovico Ariosto seems to be a quite meaningful case-study, since its structure is based on elementary and primary forms of emotion that, once immerged into the complexity of relational contexts, produce an «extended» consciousness: this latter does not belong to any of the individual characters but consistently emerges from the plot composition. The complication of the simple forms of consciousness is then accompanied by a complication of the meanings that the narrator tries to draw from the tale and which are continuously re-modulated according to the development of the narration. 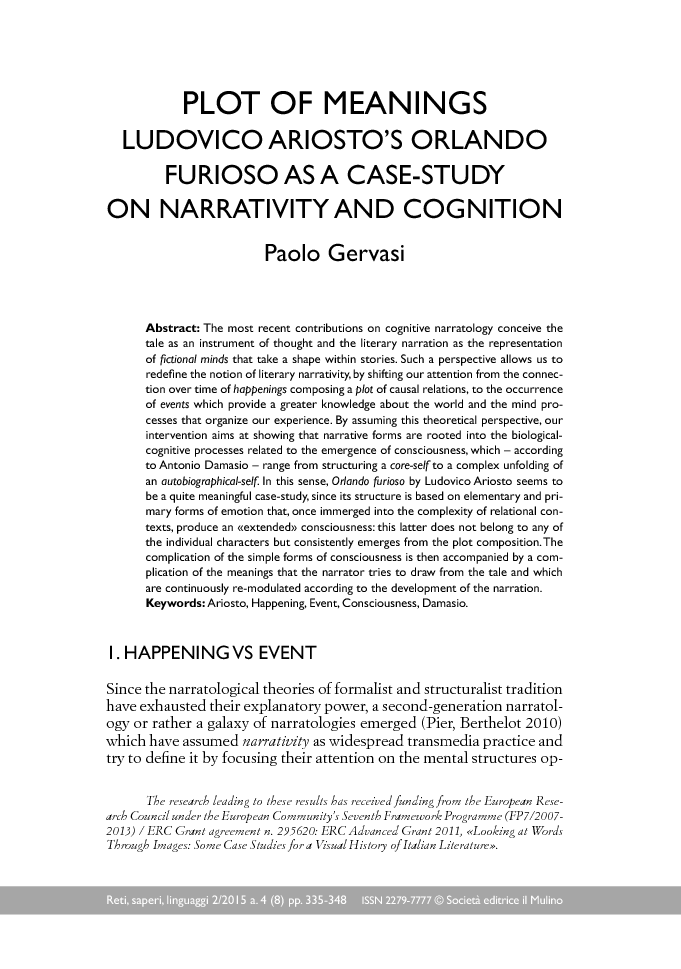