Despite a significant amount of works on cognitive poetics and narratology, a gap in the connection among experimental neuro-cognitive investigation, current explanatory theories in the scientific arena, and their applicability in the field of literary criticism still remains evident. In this paper, which is preliminary with respect to much wider-ranging research currently being carried out, we shall first of all attempt to identify some of the elements that consistently characterise diachronically examined literary fiction. The results of this analysis will be used to put together a model that identifies the initial drive to tell a story as being the transmission of a sense nucleus, rather than in the construction of a complex plot. Then some considerations will be offered on the possible biological-cognitive premises underpinning this tendency, which in their turn may be inserted into an interpretative framework that acknowledges the specific literary tradition in question. Finally, in the field of research into narrativity in literature, the interdisciplinary concept of style will be used to identify the most suitable one for connecting natural and cultural aspects. 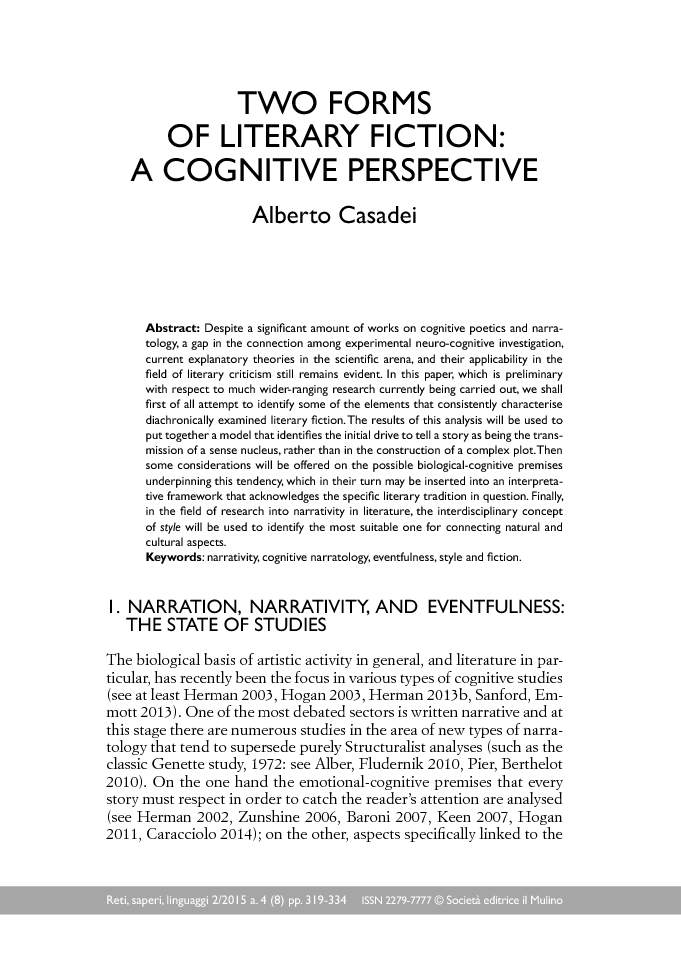