In his "Origin of the Human Sense of Self" (2011; 2014), Ian Tattersal claims that (1) the specific way human beings experience their sense of self-consciousness requires a symbolic style of thought and that (2) this style of cognition appeared only with the cognitively modern Homo sapiens, that is, with the invention of new technologies and symbolic systems, like art, representation, and notation. According to Tattersal, the symbolic style of thought is a (necessary and) sufficient condition for human self-consciousness. In fact, once he achieves enough evidence for human symbolic cognitivity, he simply concludes that a fully developed sense of sense is guaranteed. However, being endowed with a symbolic style of thought is not a sufficient condition for self-consciousness, but only a necessary one. Like the cases of human infants and robots show, it is possible to have a symbolic mind, but not self-awareness. In order to argue for the thesis that the ability to produce symbolic artifacts is a sufficient condition for the development of self-consciousness, Tattersal should provide a new and specific argument. 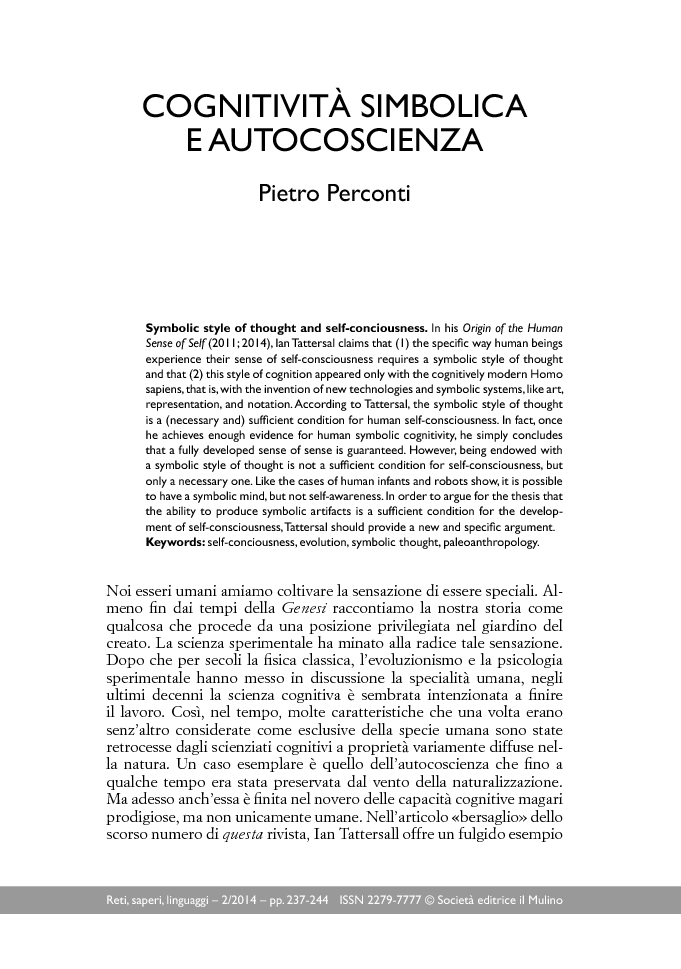