The present article deals with the issue of land grabbing - "i.e.", the large-scale acquisition of vast amounts of lands placed abroad by foreign investors, both public and private - and its implications on territorial sovereignty and the right to land of indigenous peoples. The first part of the essay is devoted to the analysis of the characteristic features of the phenomenon at issue, through the identification of its reasons, its aims and the actors involved in its realization. In the second part of the paper, it is examined the topic of the compliance of land grabbing regimes with the exercise of sovereignty by territorial States and the right to land of the populations involved in the execution of such regimes. It will be underlined that this execution could negatively affect the territorial sovereignty of host States, and the right to land of indigenous populations. In the conclusions, it is emphasized the necessity to realize sustainable investments, through the adoption of an international code of conduct as well as legal and institutional national systems, aimed at regulating in a detailed way the large-scale acquisitions of lands. 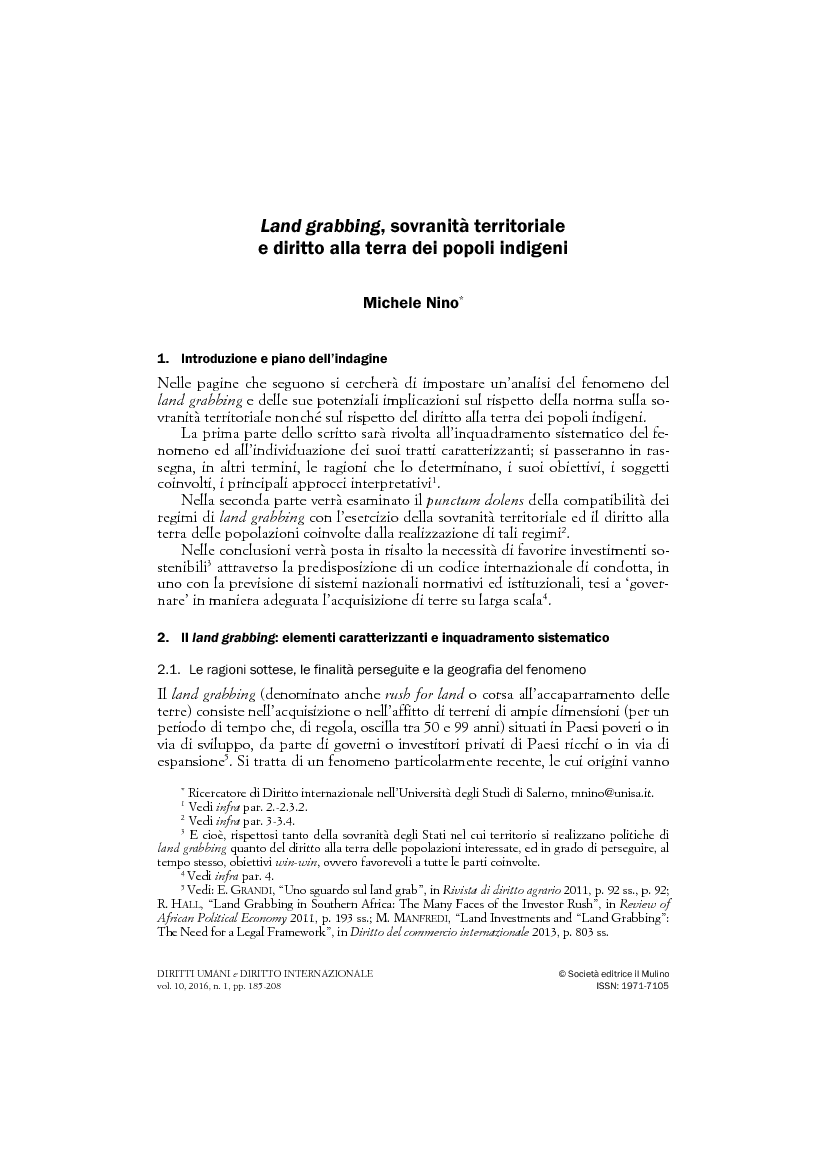