In 2003 an Egyptian national was kidnapped in Italy by a team of American and Italian intelligence agents within the programme of the so-called extraordinary renditions. He was brought to Egypt where he was tortured to extract from him information on terrorist activities. By the judgment of 23 February 2016 on the case "Nasr and Ghali v. Italy" the European Court of Human Rights found Italy responsible for violations of Art. 3 (prohibition of torture), both under the substantive and the procedural aspect, Art. 5 (right to liberty and security), Art. 8 (right to private and family life) and Art. 13 (right to an effective remedy) of the European Convention on Human Rights. The violations are mostly due to State secret, that was opposed by the President of the Council of Ministers during the criminal proceeding held in Italy against five Italian agents and prevented a decision on the merit of the case, as well as to the pardon granted by the President of the Republic to three convicted American agents. Moreover, in two judgments on a conflict of powers between the executive and the judiciary, the Constitutional Court took the position that in the specific case the State secret had been lawfully opposed. The European Court on Human Rights found that, as the State secrecy was opposed too late, it could not keep confidential information that had been already discovered by the judiciary and was widely reported in the press. It followed that the secret merely served the purpose of granting impunity to the accused. However, the Court missed the opportunity to clearly state that, because of the human right to truth, State secrets can never be opposed in cases involving serious violations of human rights. 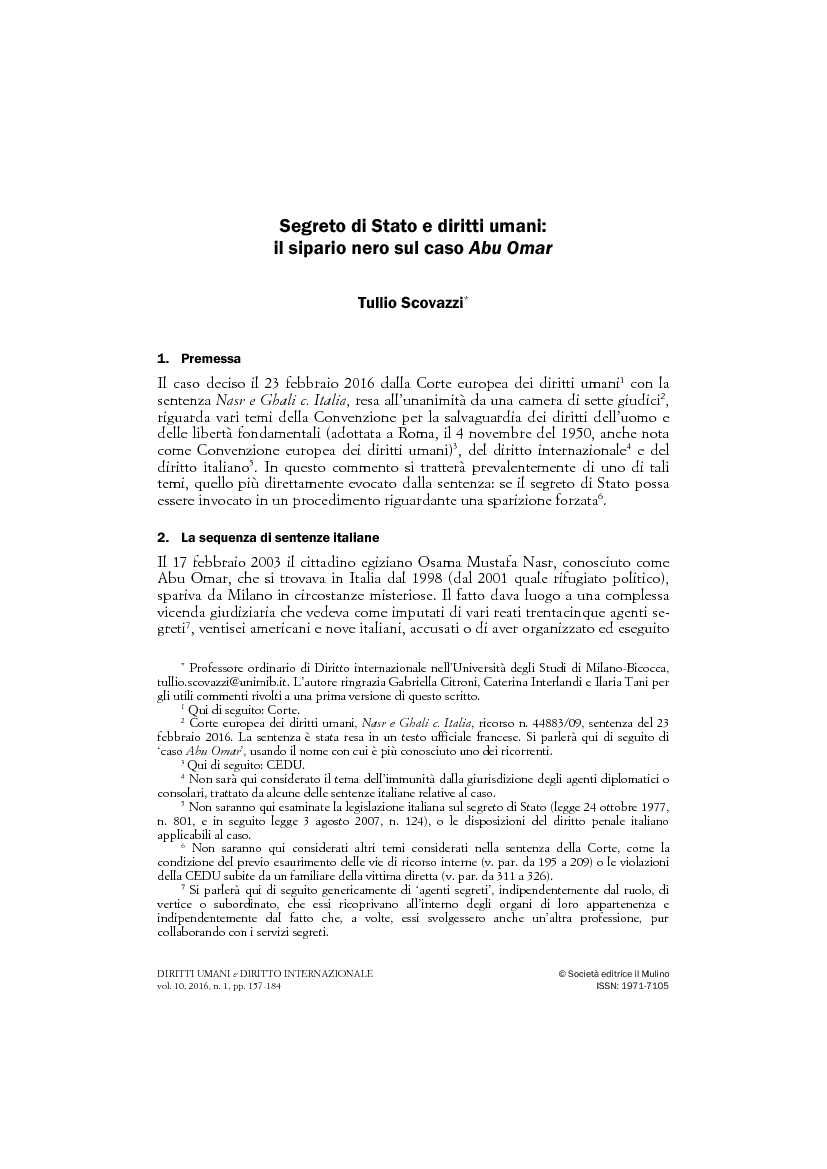