On July 18, 2014 an UNCITRAL Tribunal rendered its decision in the "Yukos" case holding Russia liable for a breach of its obligations under the Energy Charter Treaty (ECT) and, more precisely, indirect expropriation. The succinct legal holding of the Tribunal - compared to the more than 600- page decision - addressed, among other issues, the notion of '(un)clean hands'. This article explores the "nature" of the principle of 'clean hands': is it a general principle of international law and if not, as the Tribunal held, what is it? This analysis of the clean hand doctrine includes scrutinizing its interaction with notions such as international public policy and its usefulness in cases involving corruption. Finally, the temporal scope of the clean hand doctrine will be analysed, together with the effect of the concept on a given dispute: does it amount to a bar to the jurisdiction of a given tribunal or does it lead to the inadmissibility of the claim and when does it merely lead to a finding of contributory negligence that can influence findings on costs? 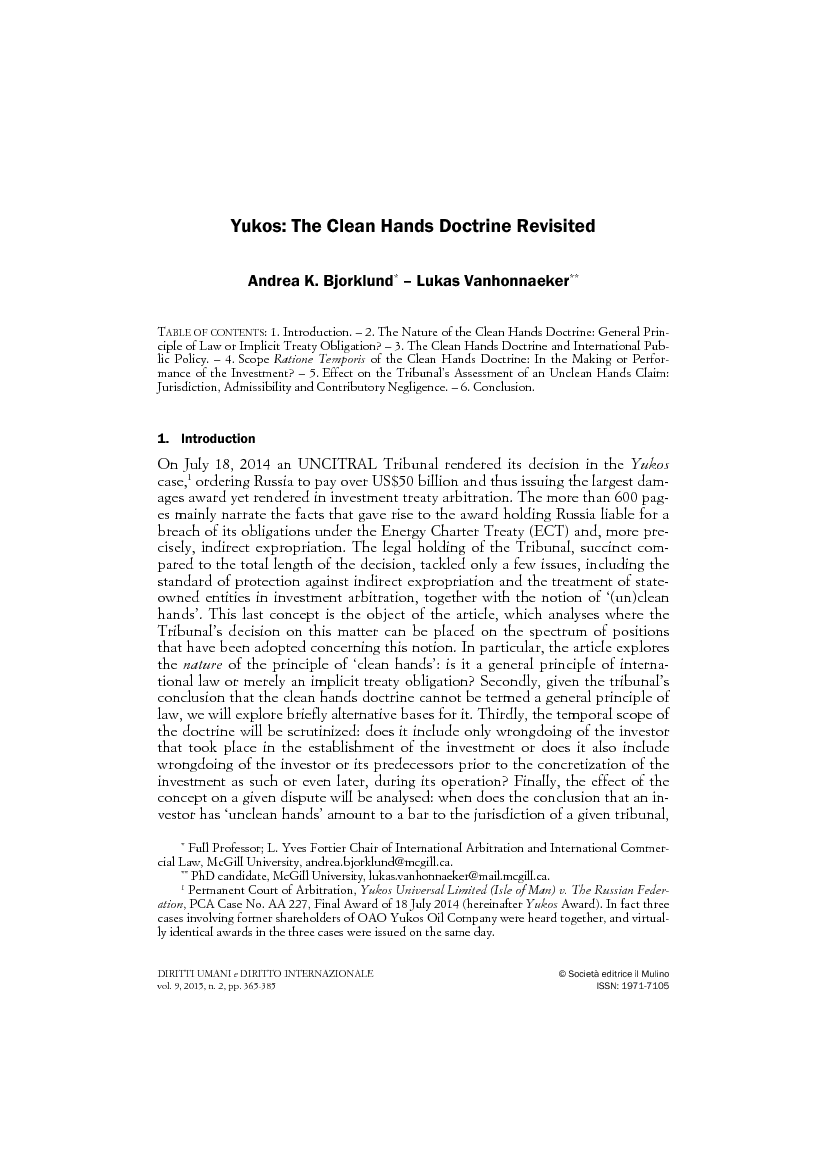