This article revisits the key issue of indirect takings in the light of the recent decisions in "Yukos". Indeed, since this latter affair was addressed both by investment tribunals and the European Court of Human Rights (ECtHR), it permits an interesting comparison between international investment law and the Protocol 1 of the European Convention of Human Rights on the issue of expropriation. The proposed analysis deals in particular with the controversial limits of the category of indirect expropriation (especially when regulatory measures are involved) by addressing the key point of the degree of state interference that may result into a compensable taking of property. In this sense, both the 'policy power' approach developed by investment tribunals and the 'margin of appreciation' doctrine elaborated by the jurisprudence of the ECtHR play a major role. Against this background, the "Yukos" decisions, with the inconsistencies between tribunals' approaches, represent a metaphor of the controversial state of elaboration of the matter; however, the common reference to the test of proportionality could foreshadow a future common way to conceptualize indirect and regulatory expropriation. 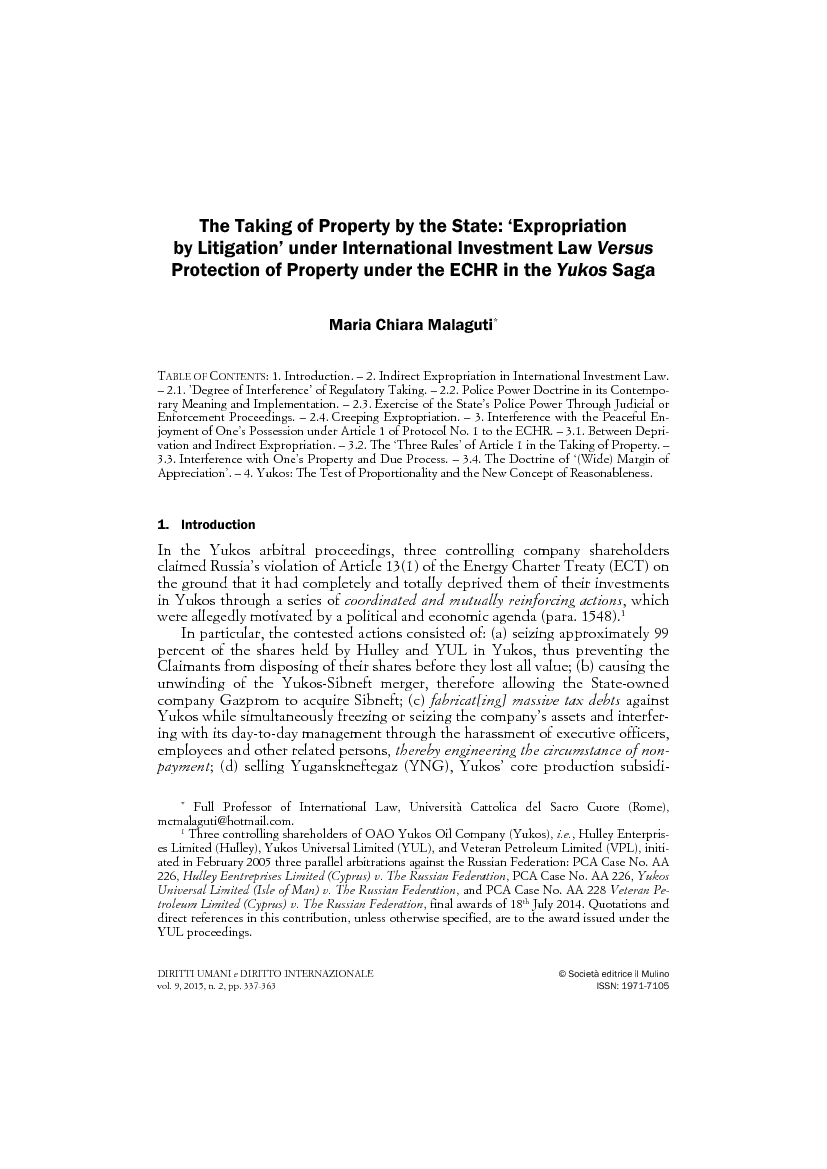