The judgment in the case concerning "Questions Relating to the Obligation to Prosecute or Extradite (Belgium v. Senegal)" marked the first occasion in which the International Court of Justice expressly upheld the "jus standi" of the claimant State on the basis of the "erga omnes partes" nature of the allegedly breached obligations. This is a major step forward in the ICJ case law, which overcomes the traditional view preventing a not directly injured State from instituting proceedings before an international tribunal. While recognizing this remarkable development, the author argues that the way the Court reaches its conclusion is not totally convincing. This solution is mainly based on the characterization of the obligations under the UN Convention against Torture (CAT) as "erga omnes partes" obligations, and on the recognition of the generality of standing to make claims in the event of a breach of such obligations. However, both assumptions remain largely unproven. More generally, the Judgment leaves a number of legal issues unresolved. First of all, the Court does not sufficiently clarify the specific features of the obligations "erga omnes partes". Furthermore, the Court's reference to the "Barcelona Traction" case may create confusion as to the difference between obligations "erga omnes partes" and obligations "erga omnes". In the author's view, this reference would not have been necessary, because the Court could have come to the same result by interpreting the jurisdictional clause contained in the CAT in the light of the object and purpose of the Convention. The Court's ruling on the obligations "erga omnes partes" is also not completely in line with the International Law Commission's Draft Articles on State Responsibility. This creates additional problems mainly with regard to the relationship between 'injured State' and 'States other than an injured State' as to the content of the claims which may be brought before the Court. 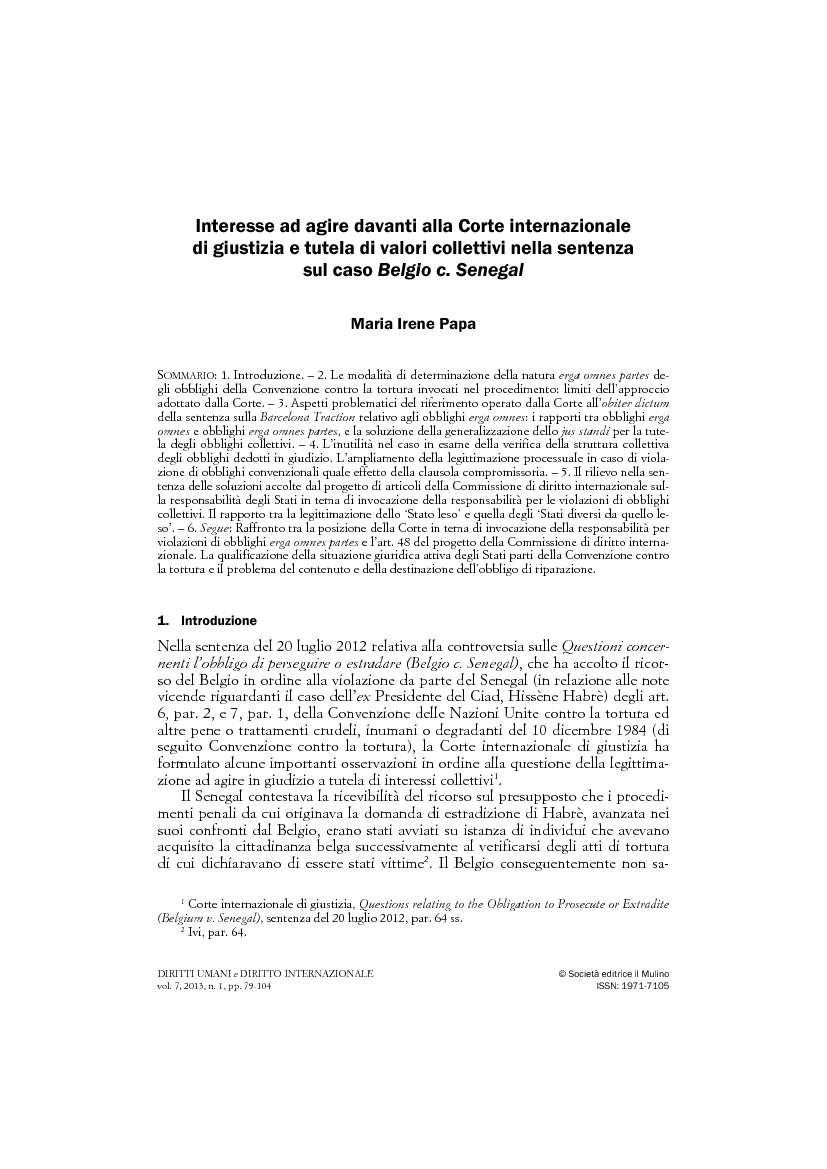