On 20 July 2012 the International Court of Justice settled the dispute between Belgium and Senegal on the extent, scope and implementation of the principle "aut dedere aut judicare" under the Convention against Torture. Its legal finding concerning extradition to the requesting State Party, as an option offered by the Convention to the custodial State in order to relieve itself of its obligation to submit case for prosecution, is not convincing. The emerging concept of 'conditional' universal jurisdiction over international crimes, including torture, as it has been shaped by the principle of subsidiarity and supported by legislative and judicial practice, triggered the process of crystallisation of the obligation, incumbent on the State in whose territory the suspect is present, to examine extradition requests in light of certain factors. These include the willingness and ability of national or territorial States to investigate and prosecute the alleged torturer, in accordance with minimum standards of due process. It reflects the logic of substitution of the custodial State for States more directly affected by the offence, which is typical to the protection of international community values. 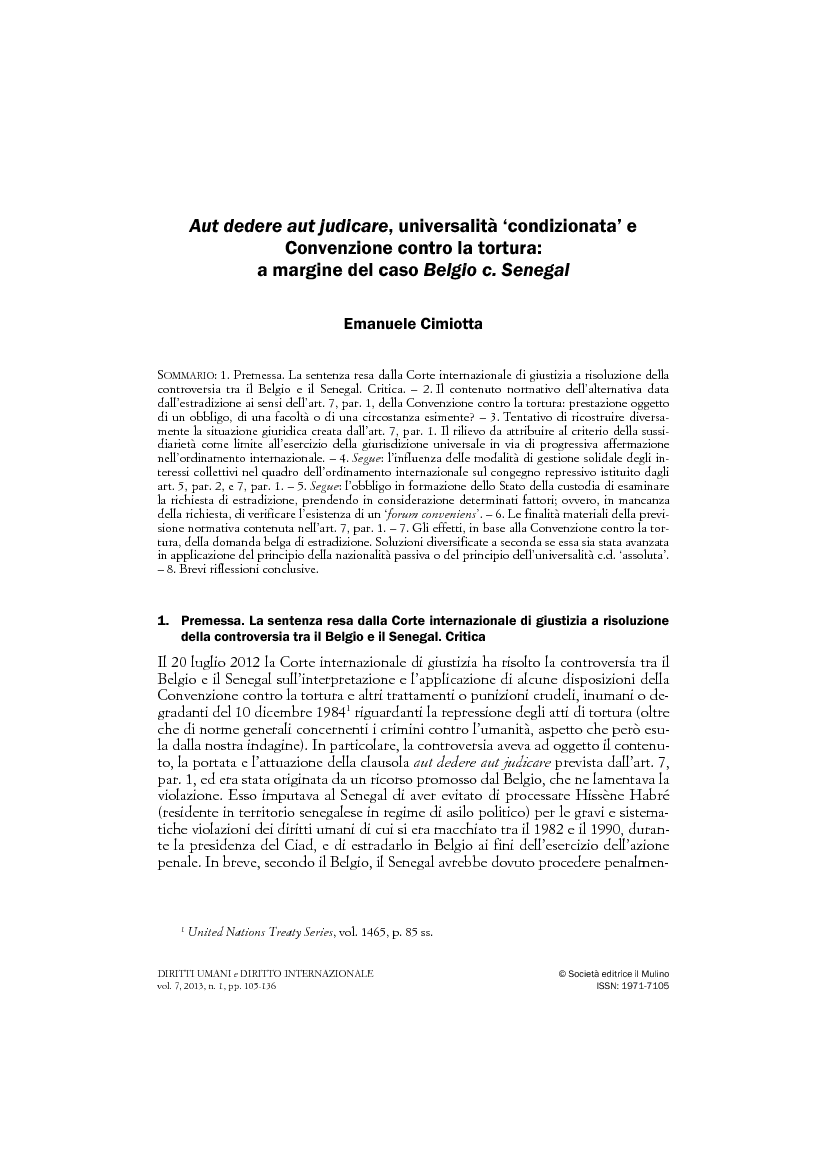