The text shows the evolution of the legal concept of landscape in Italian law and legal doctrine from the beginning of the twentieth century, with the 1905 law for the preservation of the pinewood of Ravenna. The legal concept was formed at that time, in a common European context, to respond to the worries of alterations generated by social and territorial transformation. The Italian doctrine on the subject has several seasons and concerns, in a continuity of thought reasons and legislation, above all the "beauties of nature", understood in a historical and cultural sense. A long silence on the theme follows the post-war period, in the age of reconstruction development. Then comes a new attention: this is the moment of Predieri's writings, which calls for an integral landscape protection because form of whole the territory. Its historical contextualization, compared to the great infrastructural transformations of the time, allows us to grasp a new interpretation. 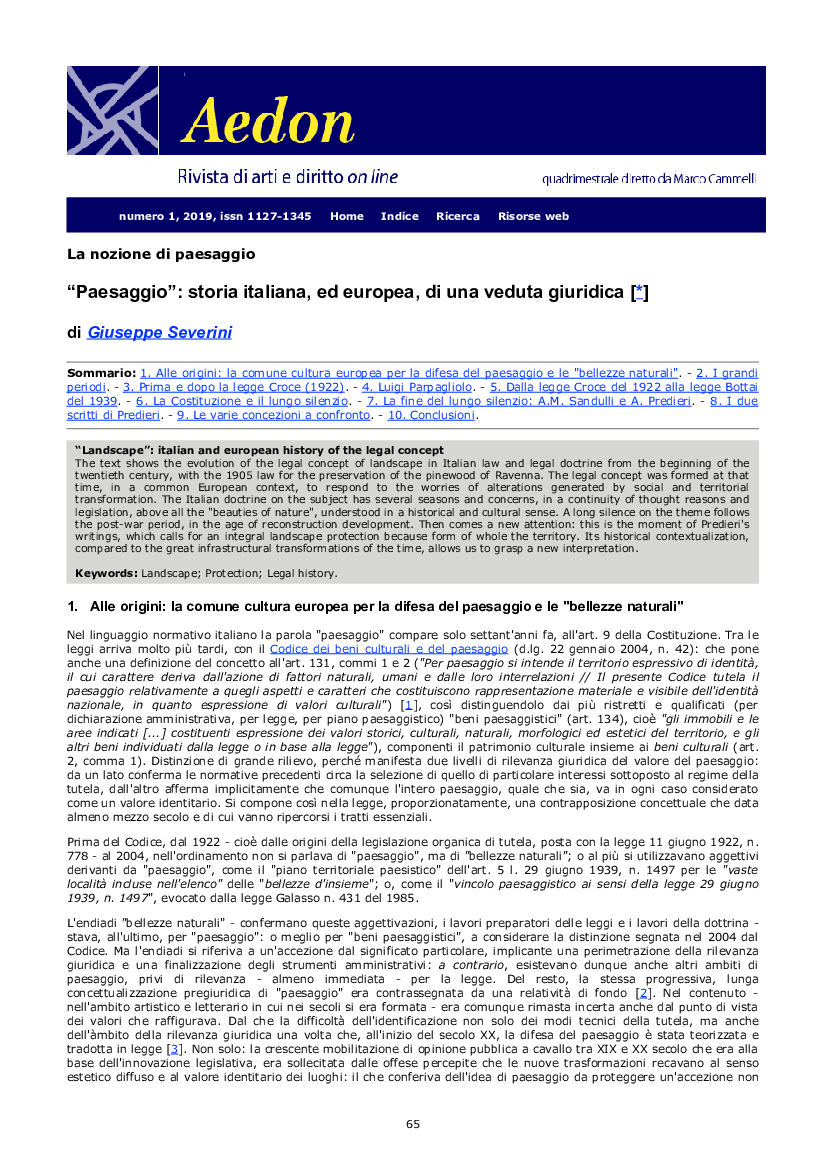