The article examines the reform of the Italian Ministry for Culture and Tourism started in 2014 and its main developments. The first part deals with the history, design and objectives of such administrative reform. The second part explains what kind of leverages made possible to start and to implement the reform process. The third and final part focuses on how the reform could represent a case study from a dual perspective: on the one hand, it displays all the traditional features - and political and bureaucratic behaviours - which one can find in every administrative reform; on the other hand, the reform has produced significant innovation in cultural property law, and in administrative law more generally, under several aspects: regulation, finance, personnel, public and private relationships. Due to its complexity and variety, therefore, cultural property law may become an "atelier" for whoever decides to study administrative law. 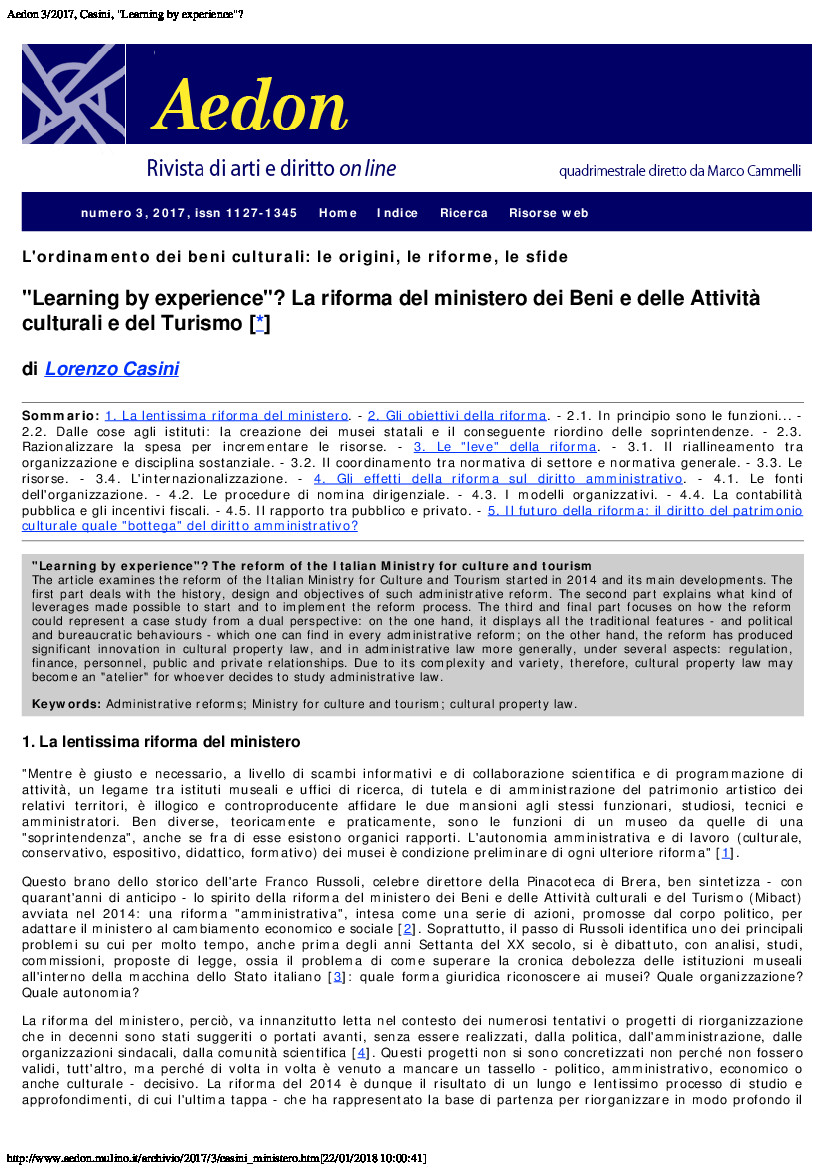