The paper based on the idea that the urban spatial plan with specific consideration of landscape values can be the instrument capable of overcoming, already under current legislation, the socalled model of parallel o sectorial plans and ensuring a unified government of all interests which concern the territory. However, reaching the goal depends largely on the discipline capacity set out in concrete from regional plans to establish itself as a engine of a shared, gradual and proportionate transformation. Therefore, in order to test the hypothesis, the article illustrates the rules of the landscape code governing the plan functions and then examines the landscape plans recently approved by two Italian region, Puglia e Toscana. In particular, the analysis focus on the subject of planning and the method used to process the cognitive framework, on participatory forms followed for the planning process, on rules to protect the landscape and on the relationship between the plan and other urbanplanning instruments. 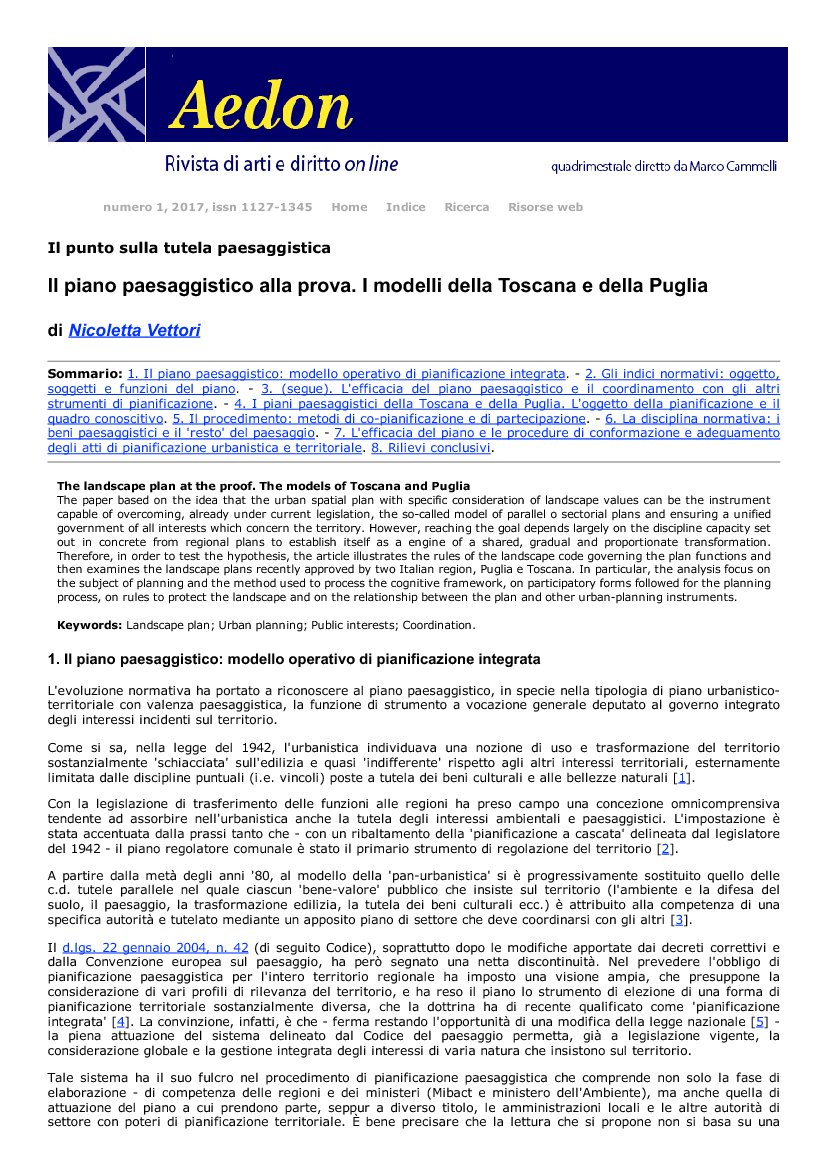