The recent Franceschini reform of the Ministry of cultural heritage, activities and tourism has provided the opportunity for state libraries, so far not implemented, to set up the poles of libraries. This contribution, after an analysis of the organizational state of the libraries from the last fifteen years until the current situation, particularly complex and varied, exposes the institution of a library center benefits for state libraries of Rome under the coordination of National central Library. It is also an opportunity to rethink the creation of the National Library of Italy, project ever implemented in the history of the Republic, by proposing to entrust the role to the National central Library of Rome, the largest library in the country, and creating a polycentric organization in which are also defined roles and functions of the main Italian libraries. 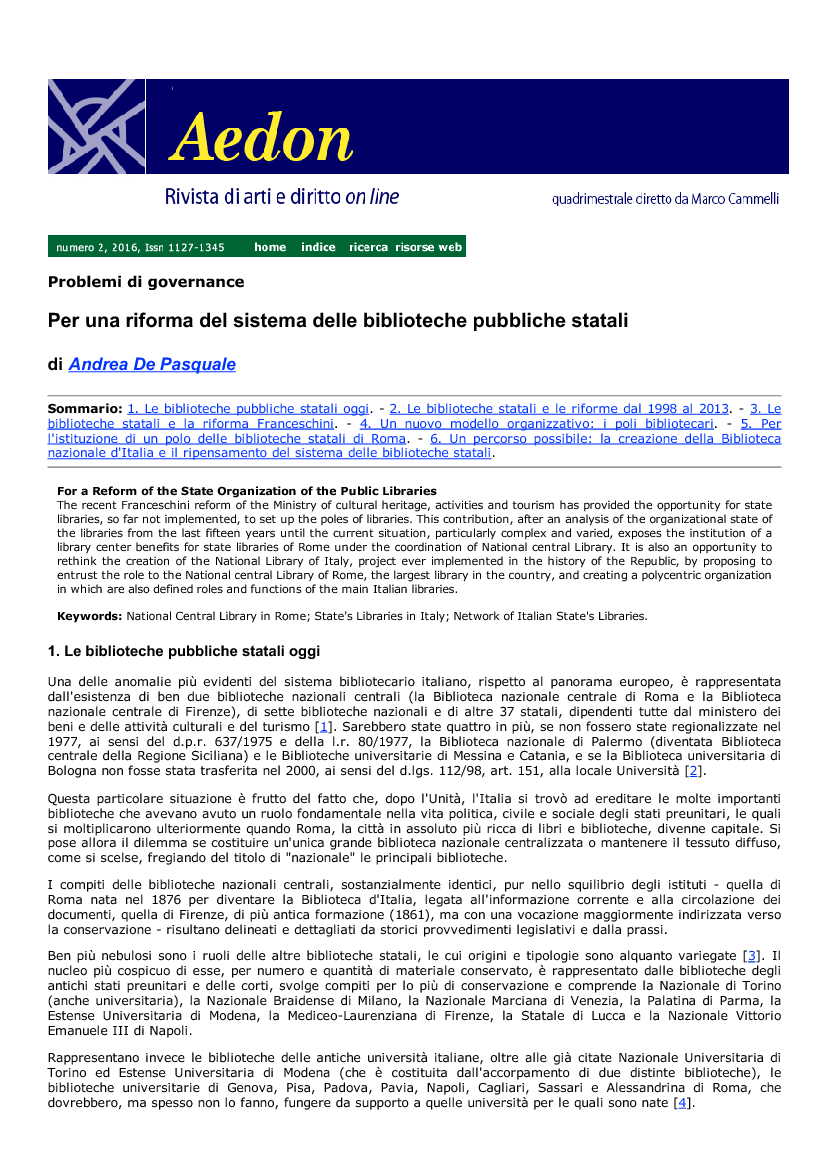