The extensive restrictions on the export of ancient objects dictated by the patrimony laws of source nations have left the demand of museums and collectors in market countries unfulfilled. Faced with the diminishing supply of legitimate objects, U.S. museums seeking to enlarge their antiquities collections continued acquiring unprovenanced artifacts, which were often the product of illicit excavations. Increasingly aware of the damage caused by such practices, the international community introduced the 1970 UNESCO Convention, a supranational instrument aimed at combating illicit trade by mandating the restitution of unlawfully exported objects. In the United States, the Convention was implemented by putting into place import restrictions for broad ranges of cultural artifacts. Instead of curtailing illicit trade and making the market more transparent, these efforts aimed at retaining and returning cultural property not only narrowed the trade in legitimate ancient objects, but, given that the demand remained high, it also led to large numbers of artifacts being smuggled across national borders and sold on the black market. This Article examines the effect of national and international legal measures on the antiquities trade and substantiates their inefficiency by supplying empirical evidence of the illicit trade and illustrating the scope of the problems associated with collecting antiquities subject to patrimony laws. 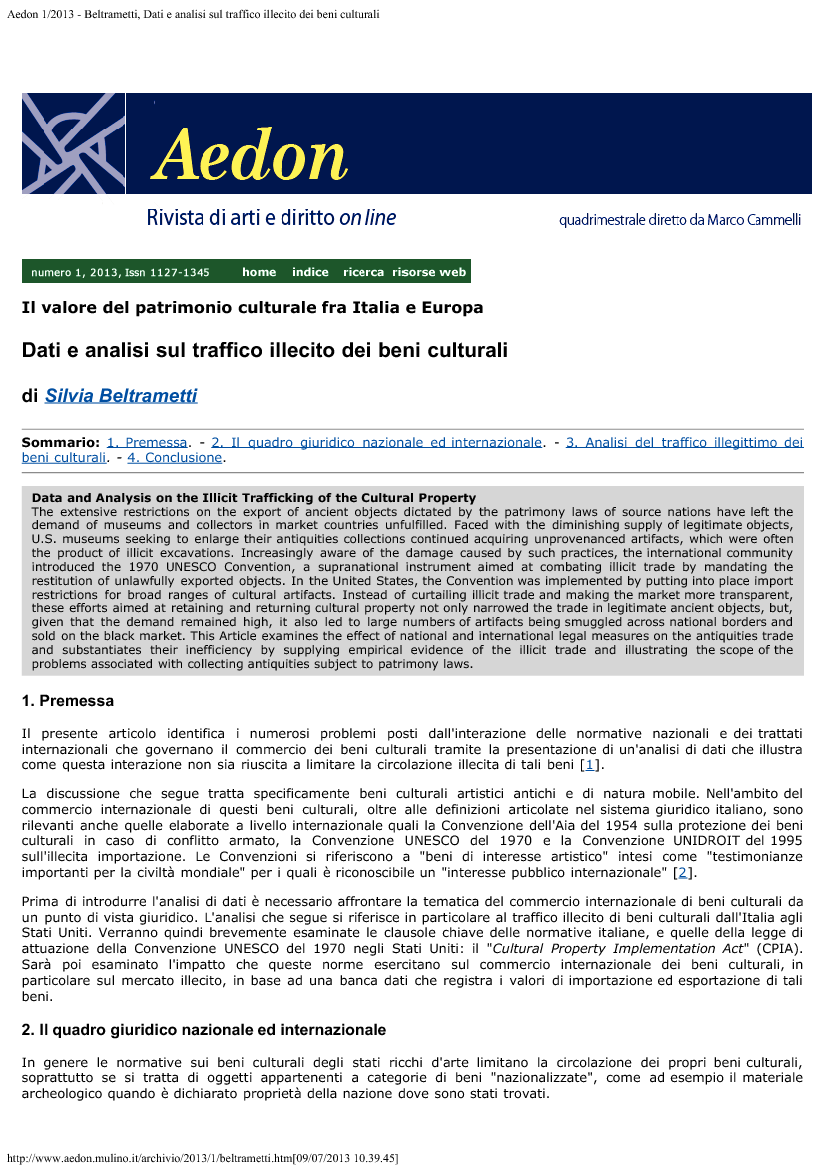