In the context of the digital era we live in, the current pandemic emergency strongly relaunched the question of the reuse of digital cultural resources. If the digitization of public cultural heritage will be accompanied by an expansion of the conditions for the reusability of its digital reproductions, there will be room to unfolding the potential of the digitalization in support of research, creativity, publishing, cultural entrepreneurship and tourism. The ongoing debate, partly originated from the Directive (UE) 2019/719, recently entered the Italian Parliament, representing not only a urgent matter to be promptly addressed but also a political issue as it directly affects the relationship among society, cultural heritage and cultural institutes. Following a preliminary framework on the aftermath of the reuse of digital cultural resources this paper aims at investigating perspectives and tools to proper identify the terms of reference for the reuse and to implement the EU legislation. 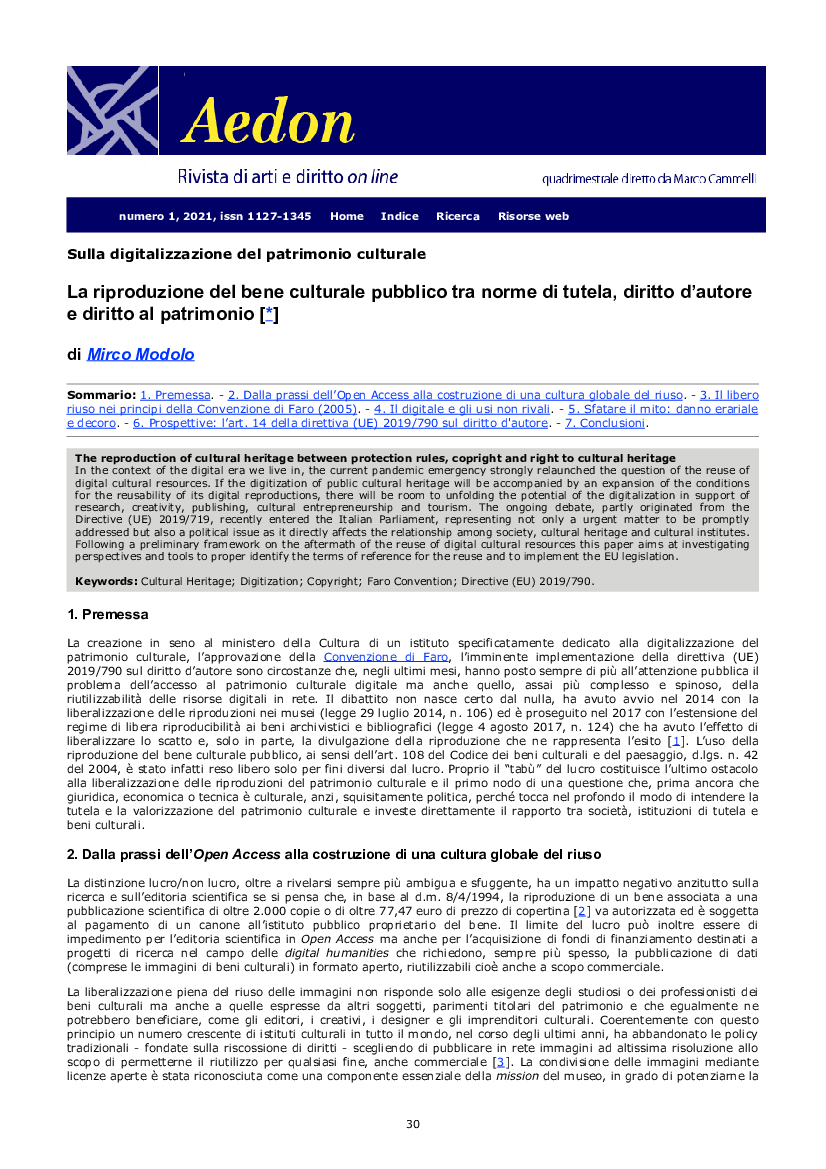