Immigration has been a contentious issue for more than 20 years and the so called «refugee crisis» made it even more politicized. In this introductive article, on the one hand we try to explain the cultural and cognitive origin of the restrictive turn on asylum policies, pointing out the «imaginary invasion» depicted by mass media and policy-makers; on the other hand, we highlight the local dimension of the governance of asylum through the concept of battleground, which effectively grasps the complex interactions between public and non public actors. This contribution also reflects on the debate about the humanitarian intervention, which involves actors from civil society supporting asylum seekers (and other weak immigrants), and introduces the concept of «de-bordering solidarity» to feature these mobilizations. 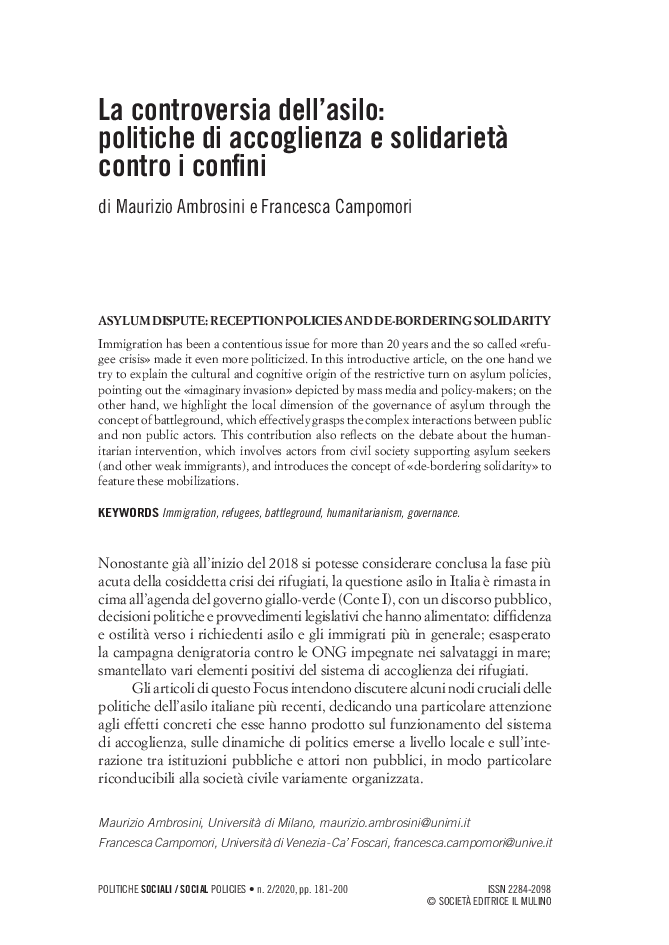