The introduction of the basic income filled an important gap in policies to combat poverty. As stated in the decree of Law n. 4/2019, «the basic income is a fundamental measure of active labour policy and a guarantee of the right to work, to combat poverty, inequality and social exclusion, as well as to promote the right to information, to the education, training and culture through policies aimed at economic support and social inclusion of those at risk of marginalization in society and in the world of work». The need to keep the plurality of these objectives together, and at the same time to limit the eligibility criteria, however, heavily influenced the efficacy of the basic income. Nine months after its entry into force, some critical issues can already be highlighted: i) on the average, the monthly amount of the benefit is relatively small (¤ 522); ii) the equivalence scale adopted penalizes larger families, especially with dependent children; iii) the number of beneficiaries is less than half of what could reasonably have been expected by taking as a benchmark the number of households and individuals in absolute poverty; iv) the lack of work in some areas of the country, in particular in the Southern regions, jeopardizes the main political aim of this measure, i.e. to promote the job placement, with the risk of reducing it to a simple instrument of social assistance. 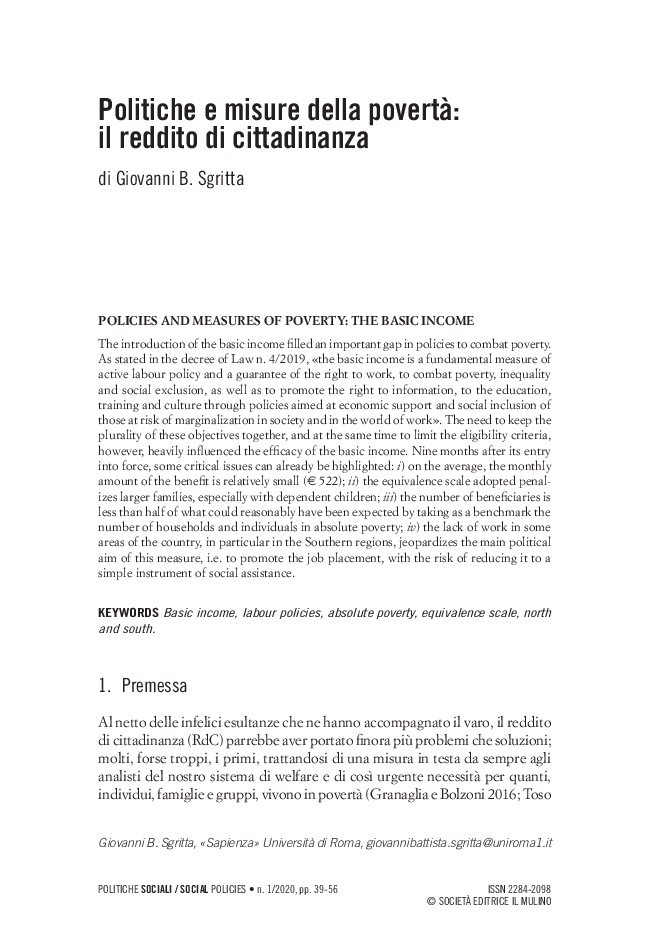