The article investigates the role played by ideational dynamics in generating the strains and tensions which have exploded during the crisis between economic integration and social protection. Drawing on the insights of Weberian theory, the article argues that a reconciliation between these two dimensions/spheres of the EU must confront two distinct intellectual challenges. First, the recognition that the EU (and EMU in particular) have irreversibly become complex adaptive systems with «emergent» properties, requiring centralized steering well beyond the current institutional status quo. Second, the search for normative principles for a correct framing of both the «democratic-ness» question and the «fairness» question in the EU. The latter is particularly important for solving the new conflict lines emerged during the crisis, i.e. between core and peripheral economies, on the one hand, and «old» vs. «new» Member States, on the other. 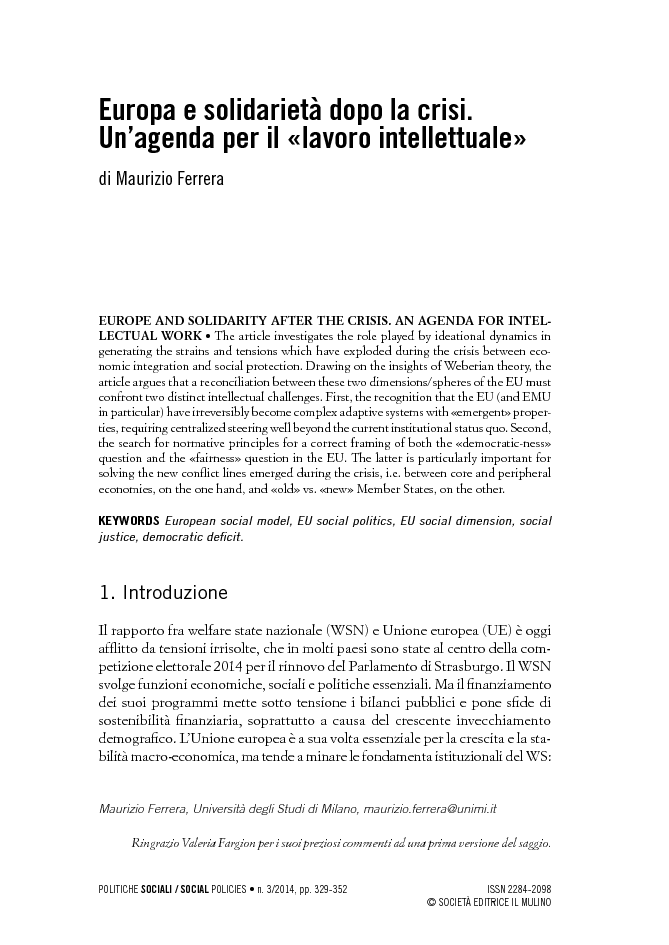