Apprenticeship, a work contract that combines on-the-job and off-the-job training with the working activity, has been identified as one of the main tools of the European strategy to fight against the effects of the recession on youth employment. For this reason, apprenticeship has been playing an increasingly central role in the Italian labour policies. In order to promote the use of apprenticeship, several legislative measures have been launched in recent years, introducing structural changes to the regulation of this type of work contract. However, the statistical data on the spread of the phenomenon in Italy show that, to date, the purpose has not been reached. On the other hand, a clear paradox emerges: apprenticeship was initially conceived as a tool to promote stable and quality employment for young people, but it was during the economic crisis that it dropped significantly, which highlighted its structural weakness. 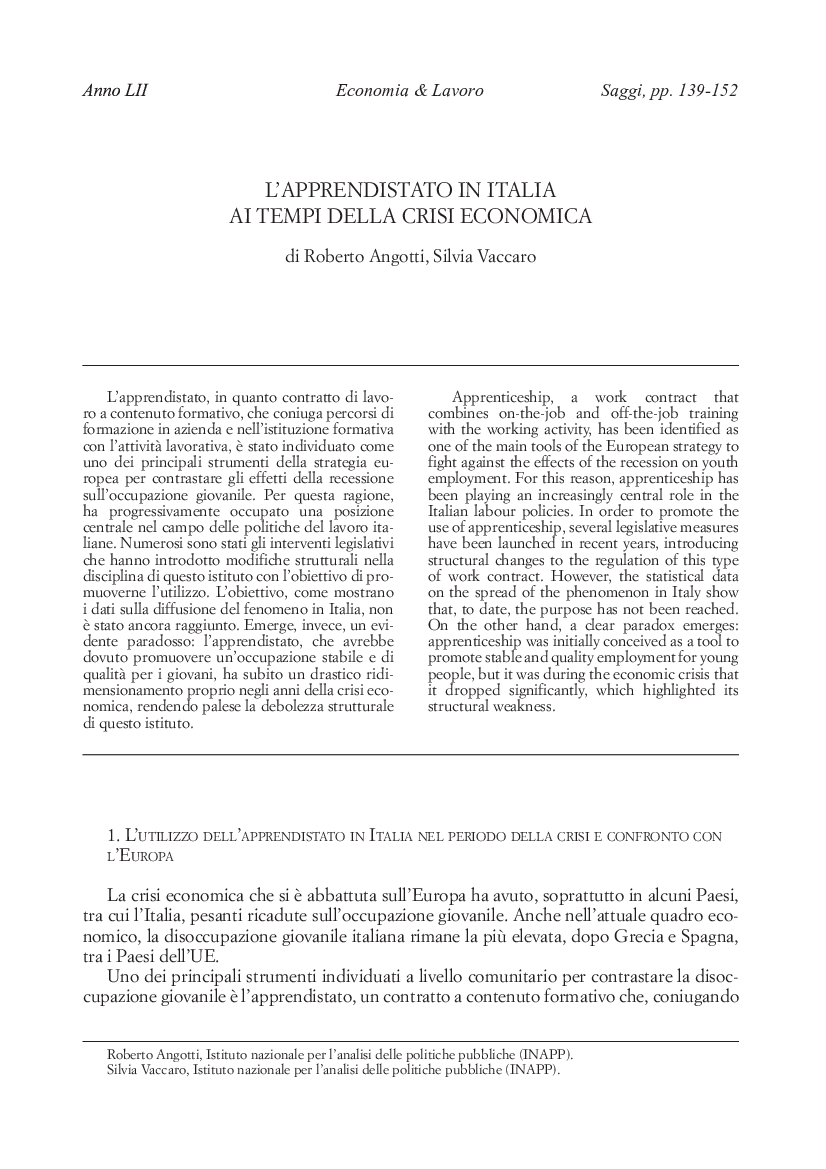