The paper explores the interaction between the main theorems of Franco Modigliani's neo- Keynesian theory, from which he draws his fiscal and monetary principles. First, the theorem stating that the size of savings of the country depends on the accumulation and de-accumulation during the individual life cycle, and the one stating that the composition of firms' capital in stocks and bonds is irrelevant at theoretical level. The former theorem is linked to that of public debt as a future burden, as it impinges on savings, which depend on the life cycle. The growth of the market brings about a reduction in prices of oligopolies, as their power is limited as to the room they leave for the entry of new suppliers. In case of deflation or stagflation, the Central Bank needs to increase the money supply in order to reduce unemployment to its natural rate; however, growth requires monetary stability to remove the differential cost of credit, which distorts the composition of firms' capital in stock and bonds, thus hindering their financing. 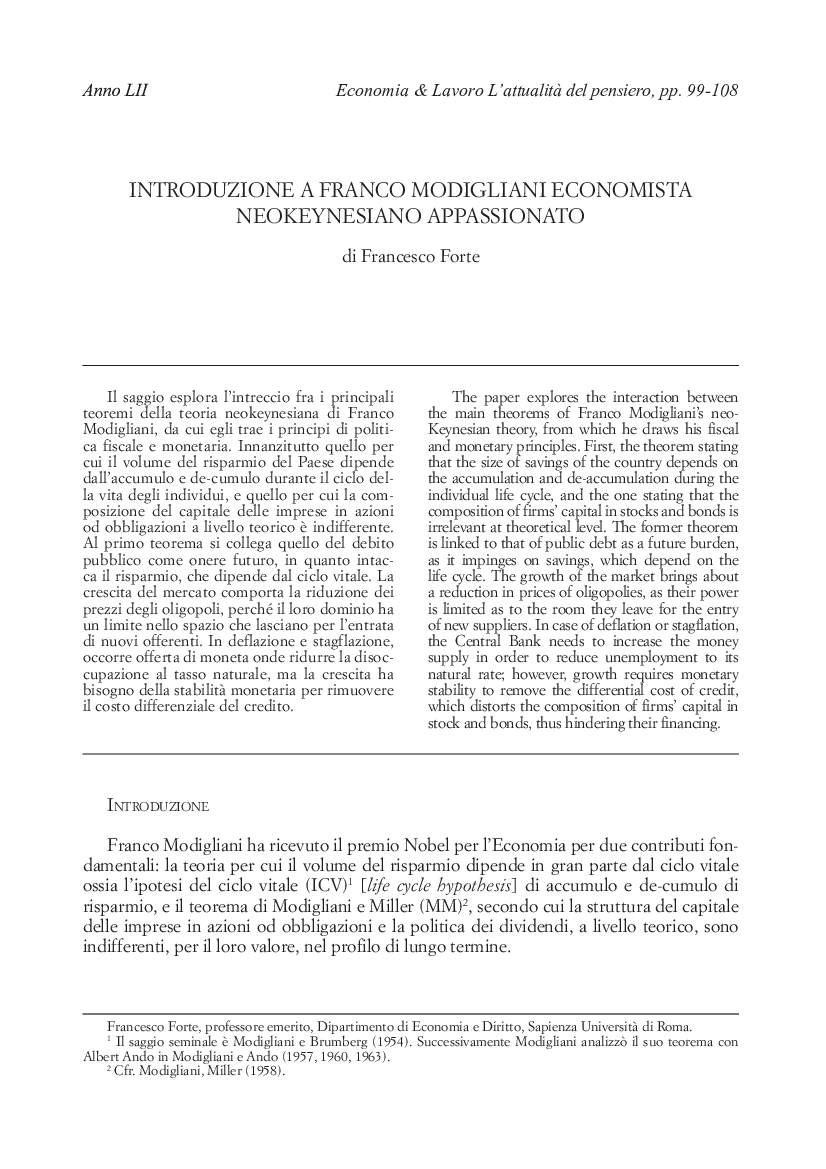