One of the basic elements of the Swedish model is a strong contractual tradition and the crucial role played by social partners in mechanisms for regulating labour market, working conditions, and wage formation. The bipartite and contractual nature of labour market regulations, coupled with the high union density and high coverage rate of collective bargaining, creates a favourable institutional environment for the emergence of negotiated compromises aimed at balancing flexibility and security in the labour market. Sweden constitutes therefore a good illustration of a flexicurity regime based on negotiated flexibility, which largely explains why Sweden remains a country with decent working conditions, compressed wage structure, low income disparities, and extended social justice. The compressed wage structure with relatively high wage floors has also prevented the development of low-paid/low-skilled jobs in Sweden; it has instead boosted policies favouring skill upgrading. Actually, large investment in research and development and the concomitant increase in demand for high-skilled jobs, a well-developed lifelong learning and training system, the expansion of secondary and tertiary education during the past three decades, as well as a more balanced bargaining power between the two sides of industry, have limited the tendency towards job and class polarisation in Sweden. In this context, the Swedish Job Security Councils ("Trygghetsråd") and Transitional Job Agreements ("Omställningsavtal") have played a fundamental role in alleviating the detrimental consequences of structural changes and economic downturn, in particular by limiting the development of long-term unemployment and social exclusion. 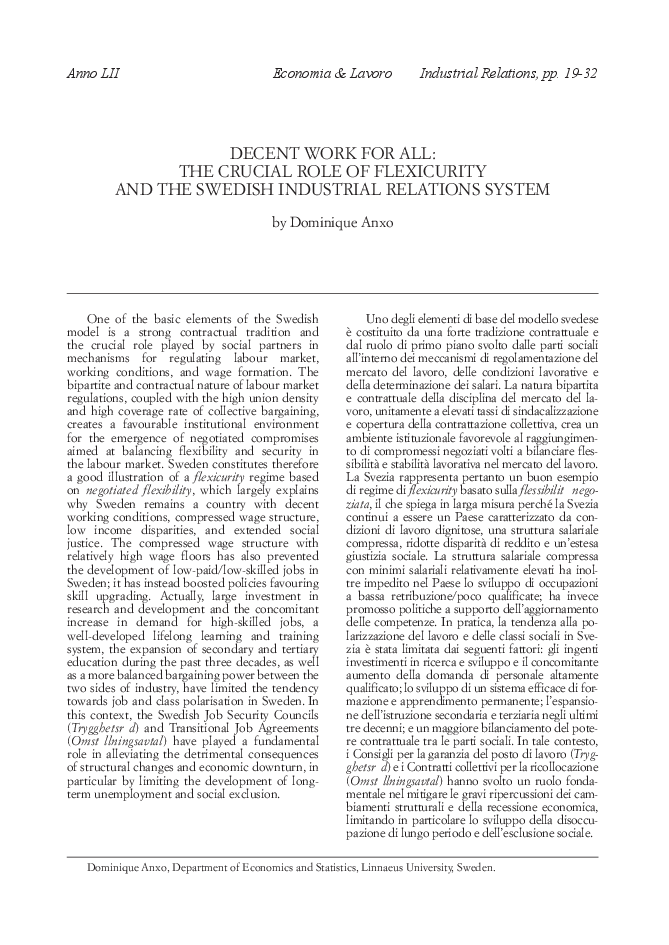