The low productivity growth of the Italian manufacturing system has been going on since the mid-1990s, as concluded in various researches. Researchers, however, have different opinions on its causes. The paper offers a new reading of the crisis of the manufacturing system in Italy, based, among many other causes, on the idea of a lack of organizational and technological innovation inside Italian companies in the period 1995-2015. The paper offers two arguments to support this idea. The first argument is historical and is based on the weakness of organization innovation in the years 1994-2008, for instance owing to the failure of several lean production projects. The second is based on the analysis of the enterprises that currently feature a good performance and have overcome the crisis, such as Fiat Group, Luxottica and others. In these cases the companies adopted advanced lean production models based on workers' strong involvement and direct participation in continuous improvement. World Class Manufacturing (wcm) is a typical example of these new models. In the last part, the paper summarizes a research promoted by the fim-cisl union. The conclusions give some evidence that the improvement in working conditions triggered by wcm, and workers' participation led to a major change in the labour culture, which is the basis for the success of this production model. 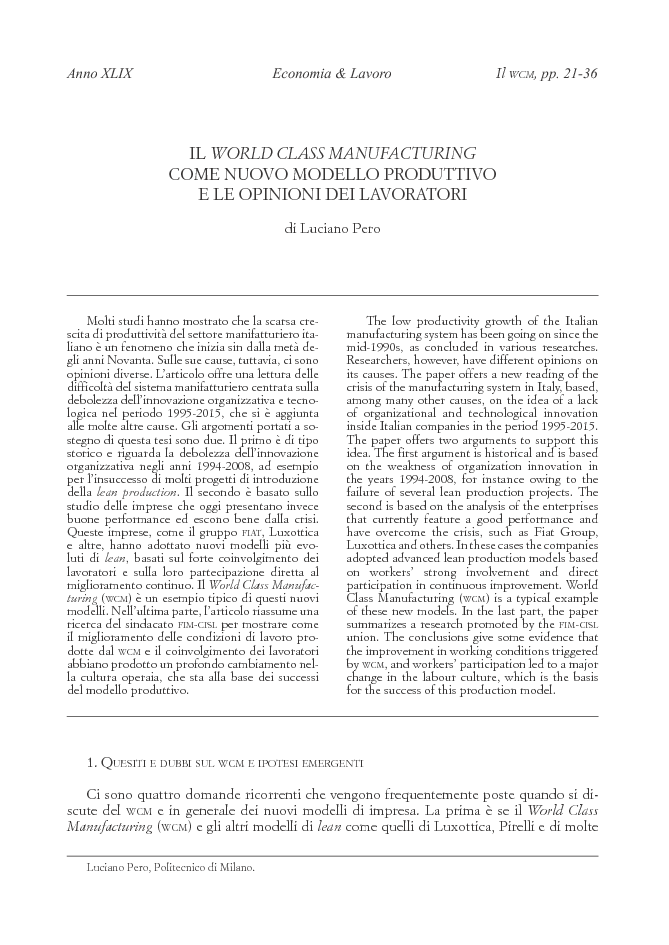