By facilitating the flow of technology, capital, and assets, globalisation has allowed for the possibility to spark economic growth in some countries which have been regarded until recently as developing countries. As a consequence, 90% of world gdp growth will occur outside the EU in the next 20 years. In this context, trade policy increasingly represents an economic policy tool useful to support economic recovery. Before the Treaty of Lisbon, the EU trade policy was the responsibility of the Council and the Commission. Today, instead, the European Parliament, too, plays a pivotal role. The EU and USA are currently negotiating the TTIP, a trade agreement aimed at creating the world's largest free trade area. The debate, which includes social, economic, geopolitical, and cultural issues, is so sensitive as to trigger several controversial reactions, mainly on the ISDS (Investor-State Dispute Settlement) issue. 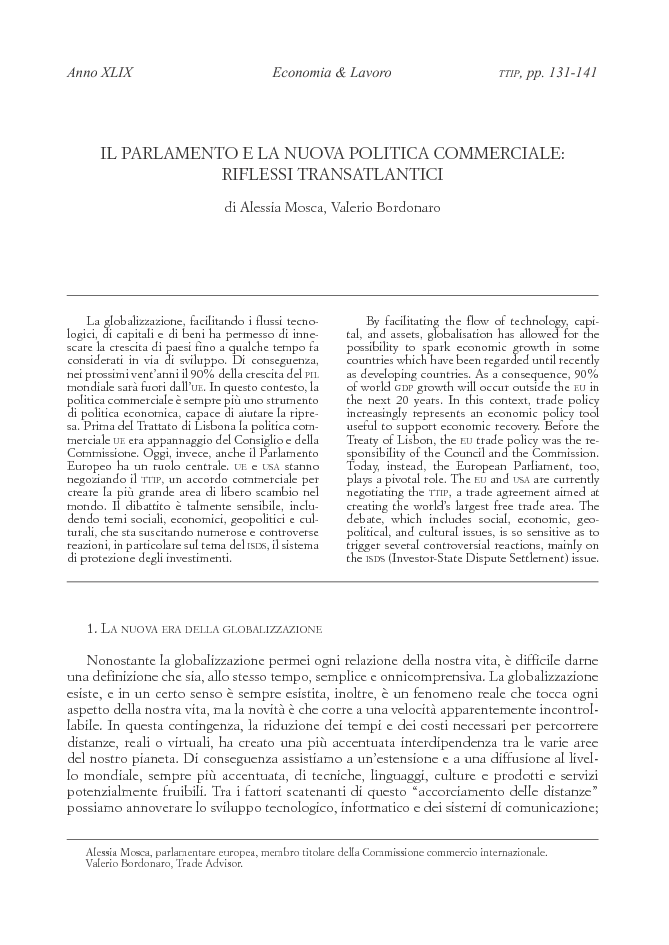