While the UK was never a fully paid up member of the European Social Model, largely because Thatcher's early neoliberal agenda limited development significantly, it had nevertheless by 2010 developed certain strong elements of a liberal collectivist social model. This included universal healthcare, decent housing benefits, a purposeful anti-poverty strategy, a raft of EU employment directives, equality rights, and active public sector industrial relations, among others. The election of a right-wing coalition government in 2010 has in a very short period led to the reshaping of this model by reinforcing market principles in all three features of Britain's social model, consisting of welfare, employment and civil society reforms. The paper critically analyses the main post-2010 policy actions and assesses the degree to which they constitute a continuation or reversal of past policy reforms. 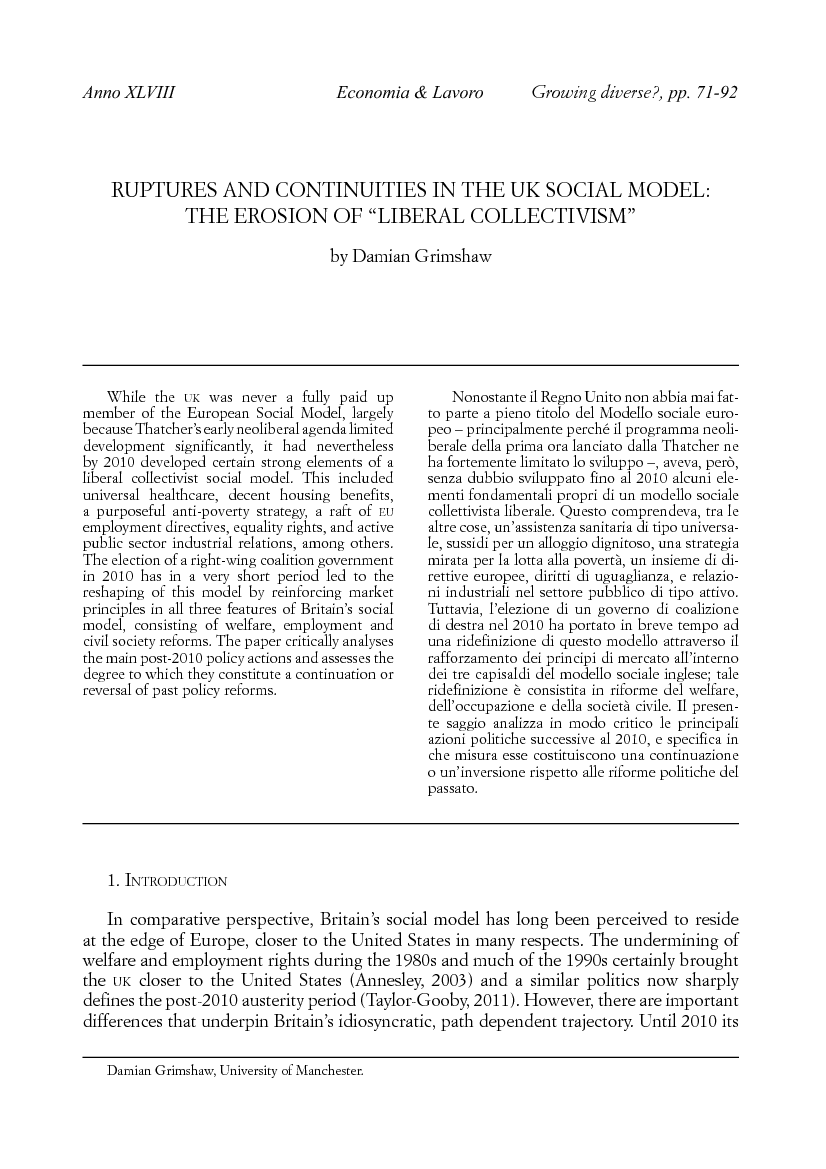