The aim of this article is to introduce a different reading of the decree law written by the former Interior Minister Marco Minniti. This legislation concernes different security policies in Italian cities, based on the rhetoric of the "degradation". To do this, it has been followed a method of combined reading both of the law and its application in a specific Italian city. The city choosen was Gallarate, province of Varese, close to Milan. The reading of the normative texts approved at national and local level has been completed by a a long reconnaissance of the articles in the main Gallarate daily newspapaer. By doing this, the purpose of this work is to underline the turn-out of the presence of several social actors, all involved in the emersion of the rhetoric of social exclusion, in which citizens are punished and strayed on the basis of their adherence to a social model based on a conduct of life considered as "wrong" with respect to the others. The presence of these social actors (mainly group of worried citizens, politicians, police forces and journalists) is set and amplified by the interest of each of them to claim a role in the fight against "degradation" and defines the mutual responsibility (circularity) in identifying who behaves "correctly" and who behaves in an "unacceptable" way. 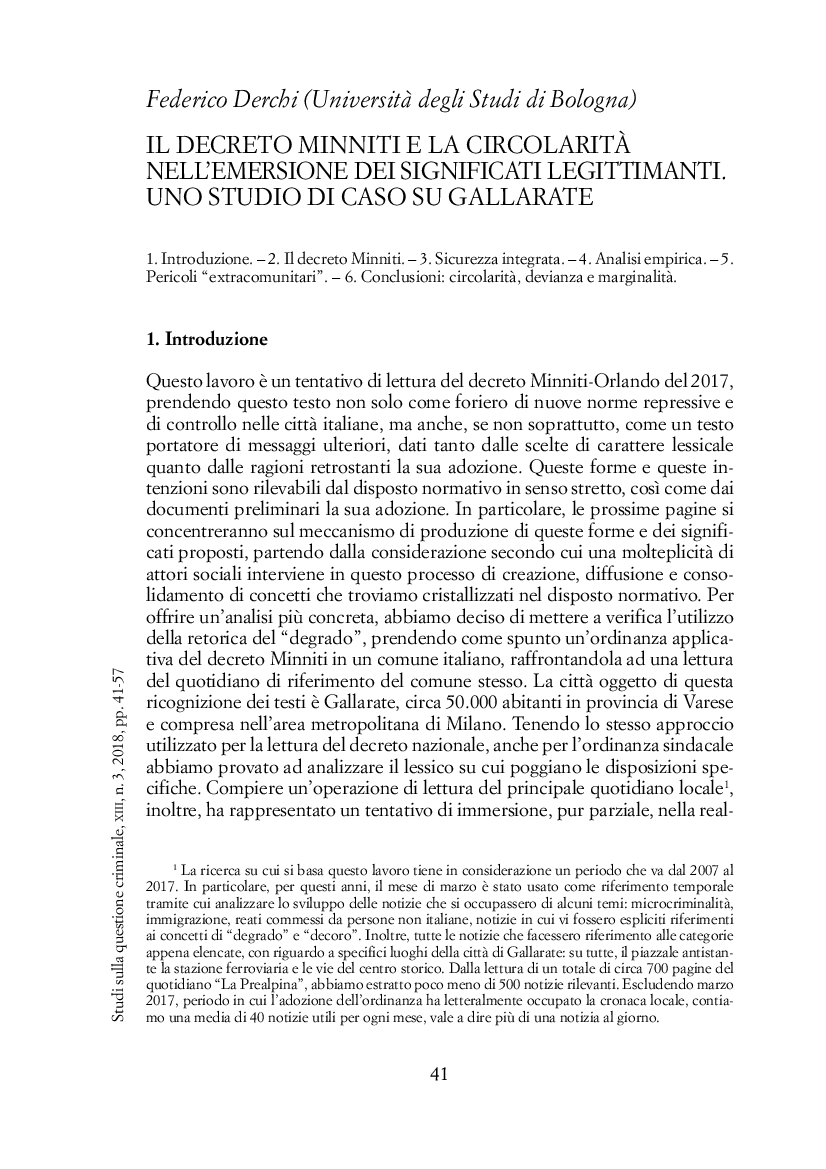