The recent introduction of a specific offence of torture in ordinary Italian criminal law includes the requirement of "verifiable psychic trauma" as evidence, certified by experts, of the torture suffered. Since there is no "torture trauma" or "torture syndrome" in the literature, this article addresses this topic by comparing the requirements of the law and the data of clinical and research-based studies about torture suffering, with particular attention to psychological torture. The state of the art of scientific research shows that the trauma (the psychological harm caused by a traumatic event) is not a universal outcome. Different methods of torture produce different effects depending on individual factors (emotional development, cognitions, values, religious beliefs, gender, etc.) and social factors (culture, political system, economy, etc.), so different people can suffer from different consequences. People can react to potentially traumatic events, such as torture, with a wide range of possible ways. On the basis of this empirical evidence, we highlight the need not to fix an equivalence between "suffering" and "mental harm", and to avoid using "mental harm" as an indicator of "suffering" caused by torture. As the Italian law disregards these indications, in conclusion, the possible consequences of the certification of a "verifiable psychic trauma" on the victim and the dangers of a re-victimization process are discussed. 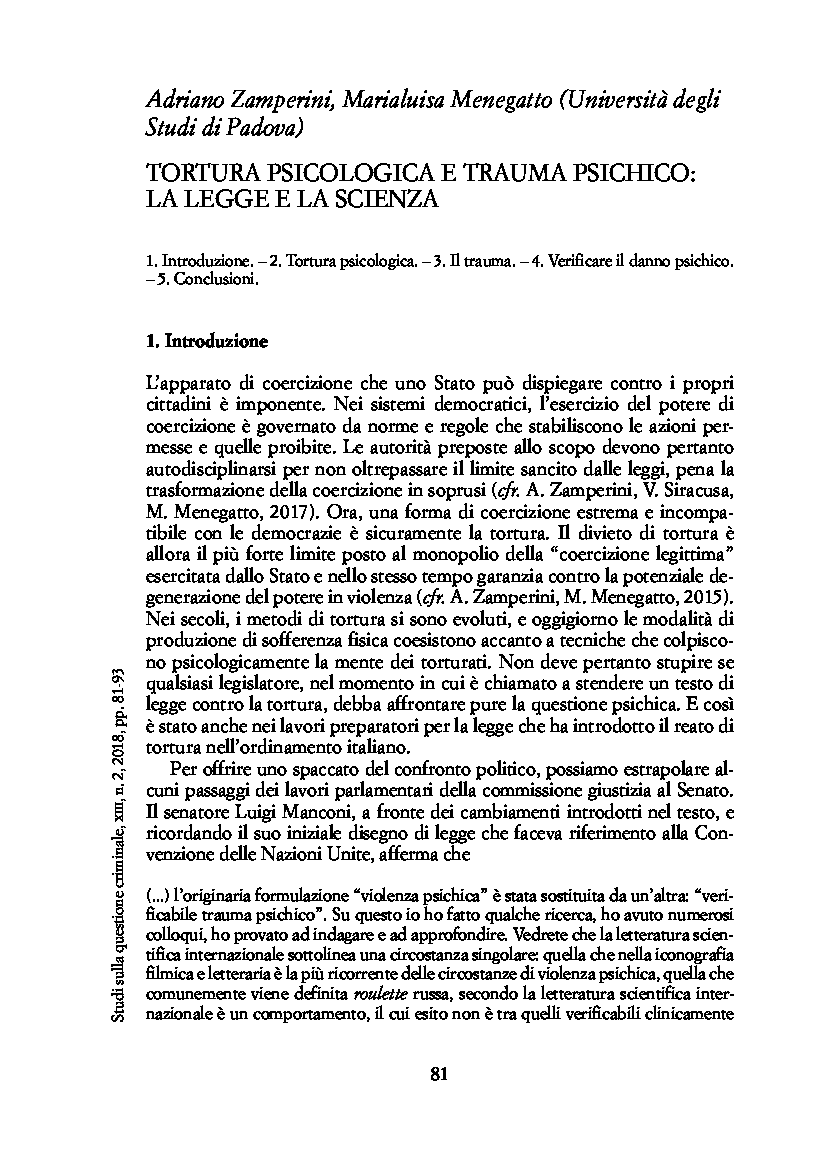