This article analyzes the main aspects of the recent D.P.R. del 20/2/2017, n. 14, known as "Decreto Minniti-Orlando", in the frame of the "New Prevention" theories and policies, as they have been promoted in Italy by Massimo Pavarini, in the nineties. Actually this law uses several notions developed within these theories, such as "integrated security", "primary prevention", "social cohesion", "urban complexity", and others. However, these notions appear to either having been misunderstood, or, more probably, intentionally distorted. Indeed, this law gives city mayors powers to prosecute and expel beggars, vagabonds, homeless, squatters, drug addicts, illegal immigrants, prostitutes, writers, and anybody the mayors think may disturb the " urban décor". It also disposes to improve video and private surveillance. All this is in contrast with the New Prevention original mission, which was to develop alternatives to the criminal law, wider social participation and a better quality of life for everybody, as means to improve security. This law is probably unconstitutional, and requires an in depth redefinition of the concept of security. 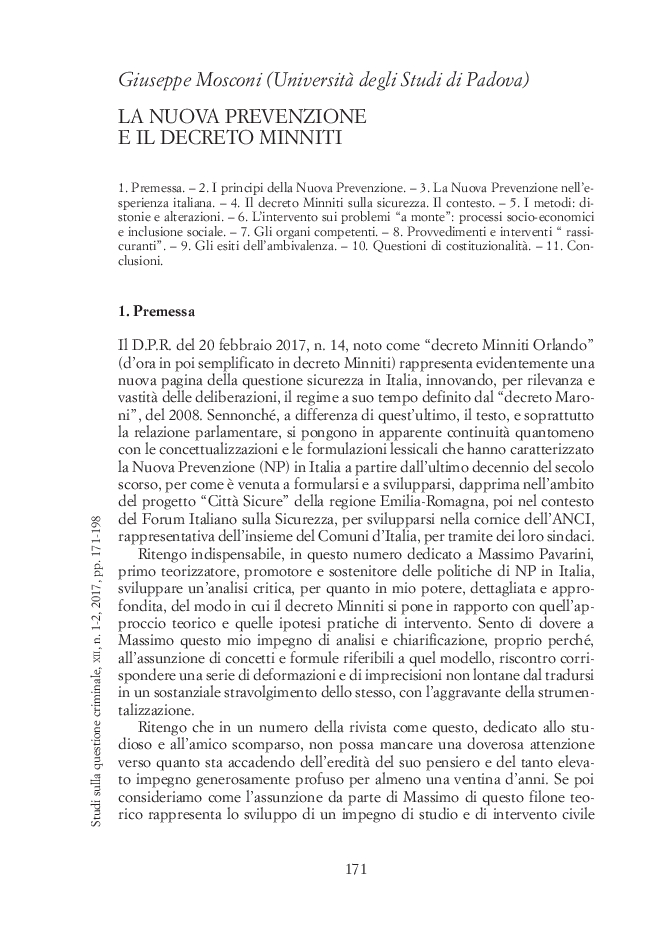