For the province of Québec, the year 2012 marked a fundamental rupture within the traditional management of public order. The conventional organisation of Montréal police forces has been challenged by the emergence of a mass contestation movement, the "Printemps Érable", that held around 700 manifestations in the space of 7 months. During these protests, the figure of the "liaison officer" emerged from the structure of Montréal Police Service (spvm). Acting as mediators between the police and the protesters, their role in the management of public demonstrations will be analysed in this paper, through a series of semi-structured interviews done with the mediators team. Drawing from this data, several issues will be discussed. Firstly, the efficiency of this recent police practice and mediator agents own perceptions on the functioning of this organizational structure in similar contexts. Secondly, the delicate position of the mediator agent, who stands "in between" policemen (involved in policing the public order with a traditional approach) and protesters. Third, the fact that mediator police officers main challenges are to obtain recognition of their key role and to gain the confidence of the other two groups of social actors. Finally, we will also emphasize how mediator officers construct a singular depiction of the protester through their discursive practices. 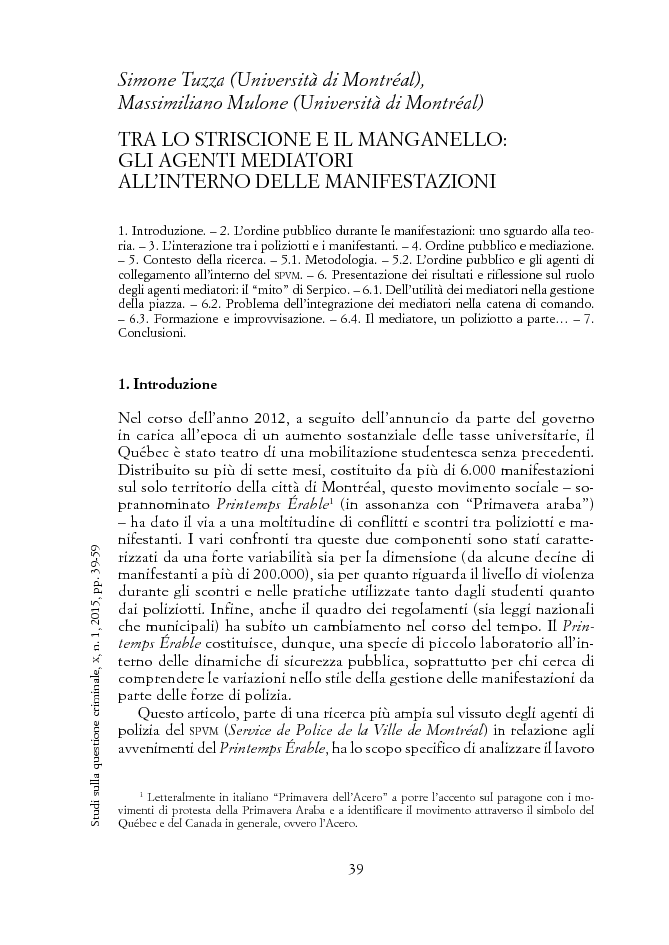