The main objective of the paper is to theorize on the prospective role of criminology with respect to the emergent international criminal justice system, epitomized by the creation of the permanent International Criminal Court (ICC). In order to do so, we opt for a combined approach consisting in the contrast of the criminological theory of State crime with the rising theory of international crime in the domain of international criminal law. In this context, the first part summarizes the epistemological premises and the basic points of the criminological theories on State crime. Despite the unanimity among criminologists that the idea-matrix of abuse of power and the category of "crimes of the powerful" offer the broader conceptual framework of the criminology of State crime, there is an open debate on the criterion employed for the definition of the latter concept (harm, deviance, law). Notwithstanding the variety of approaches, one could assert that they all converge on the conclusion that the most important traits of State crime are its political nature (macro-level) and organizational dimension (meso-level). These elements on the one hand are corroborated by while on the other hand explain the eruption of collective violence at societal level, which results in the commission of massive crimes, analyzed as instances of conformity instead of deviancy, i.e. as crimes of obedience (micro-level). The second part seeks to delimit the subject matter by alluding to the concept of core international crime arising from the normative system of the ICC. More particular, taking into consideration the general qualitative traits of the crimes falling within the jurisdiction of the ICC (genocide, crimes against humanity, war crimes and aggression), the provision of certain criteria of admissibility of a case before the ICC as well as the gravity threshold and the inclusion of contextual elements in each criminal type, one could identify three constitutive elements of core international crime: international dimension, collective nature and political facet. Finally, the third part constitutes an attempt at synthesis, setting forth a proposal for a comprehensive theory of international criminality based on the integrated model of criminal sciences in the field of international criminal justice. The core aim of such an approach is not to downplay the existing differences between the criminological concept of State crime and the penal concept of core international crime, but to highlight common points in order to make some proposals from a criminal policy perspective. 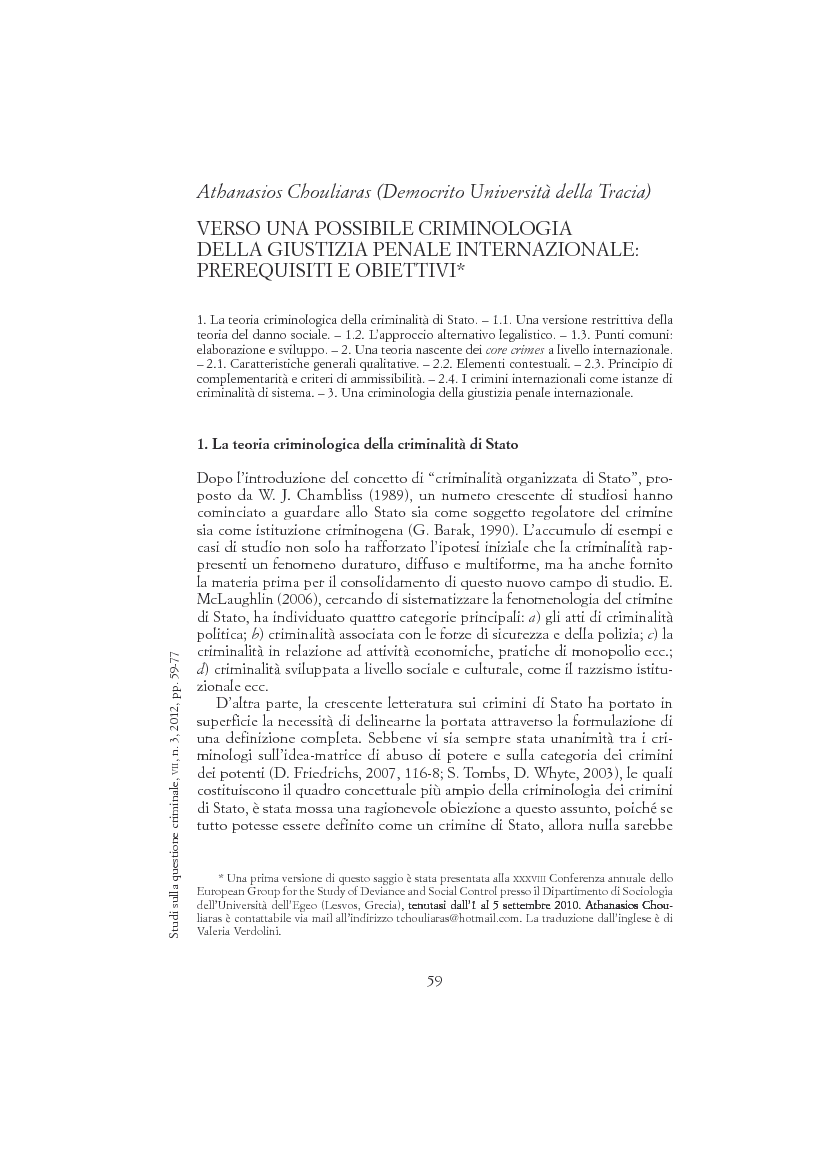