After World War Two, a gigantic effort was made in order to build a viable and stable international order, beginning with the Bretton Woods agreement, which was aimed to stabilize the international monetary system, and with the United Nations, that were intended to restore legality in interstate affairs and provide a cosmopolitan conversation among Nation States. This order is now slowly crumbling down, paradoxically through globalization, and through a triumphant neoliberalism. Globalization have also radicalized a widespread sense of decadence and puzzlement, increasing a general feeling of losing firm ground. One of the main reactions to such a situation is often thematized as “populismµ. Nevertheless, the notion of populism is a vague and puzzling one. “Populismµ might be seen as a régime where affections are more powerful than rational interests. However, this use of such label implies a polemical judgment about the dissatisfaction of the status quo. Behind this “international disorderµ and the populist vindication a new – but indeed quite old – narrative of what a national identity could mean is again getting the upper hand. 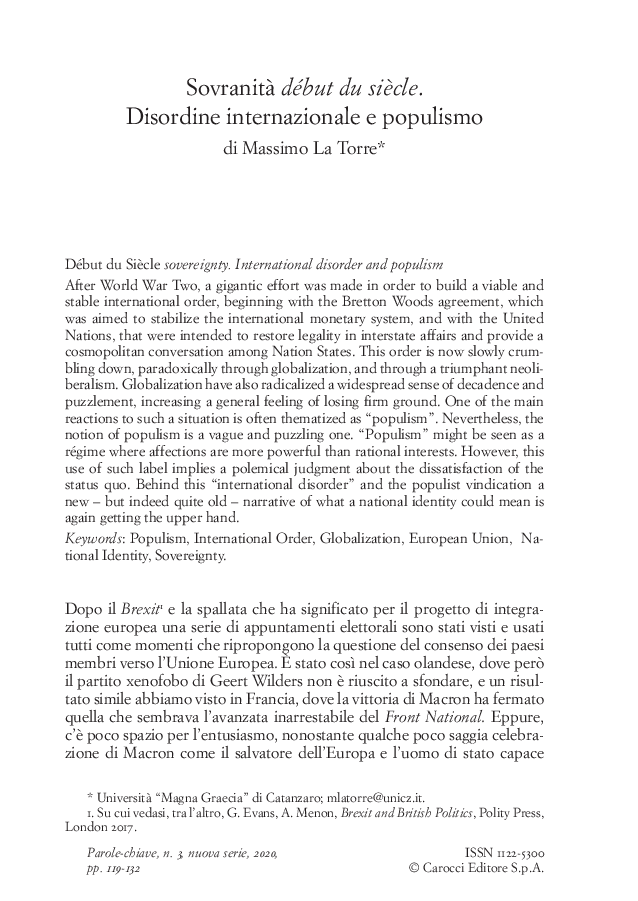