This essay addresses three dimensions of Pavone’s work from the perspective of an American historian. First, going back to his earliest major work On the constitutional and legal founding of the Italian state (1964), she recalls the constancy of Pavone’s civic engagement seen from a transatlantic perspective. Second, reflecting on La guerra civile, his second major work, she speaks of the vicissitudes of rendering such a large and complex work into a viable English edition. Third, she speeds of the paradox that, this work (1991), by coming out unconscionably late in English translation (2014), became an important interlocutor for a new wave of historians addressing the political and moral sense of fascism and resistance. In this perspective she shortly reflects about the need of going back again to the debate on the moral sense of the Resistance, not only in terms of the Resistance-Civil War, but also in terms of the fascist era more generally, and especially for the period, 1919-1921, for which the term “civil warµ may not be apt. From that perspective, it would be useful to bring Pavone’s work into dialogue with another classic, Tasca’s Nascita e avvento del fascismo (1938). 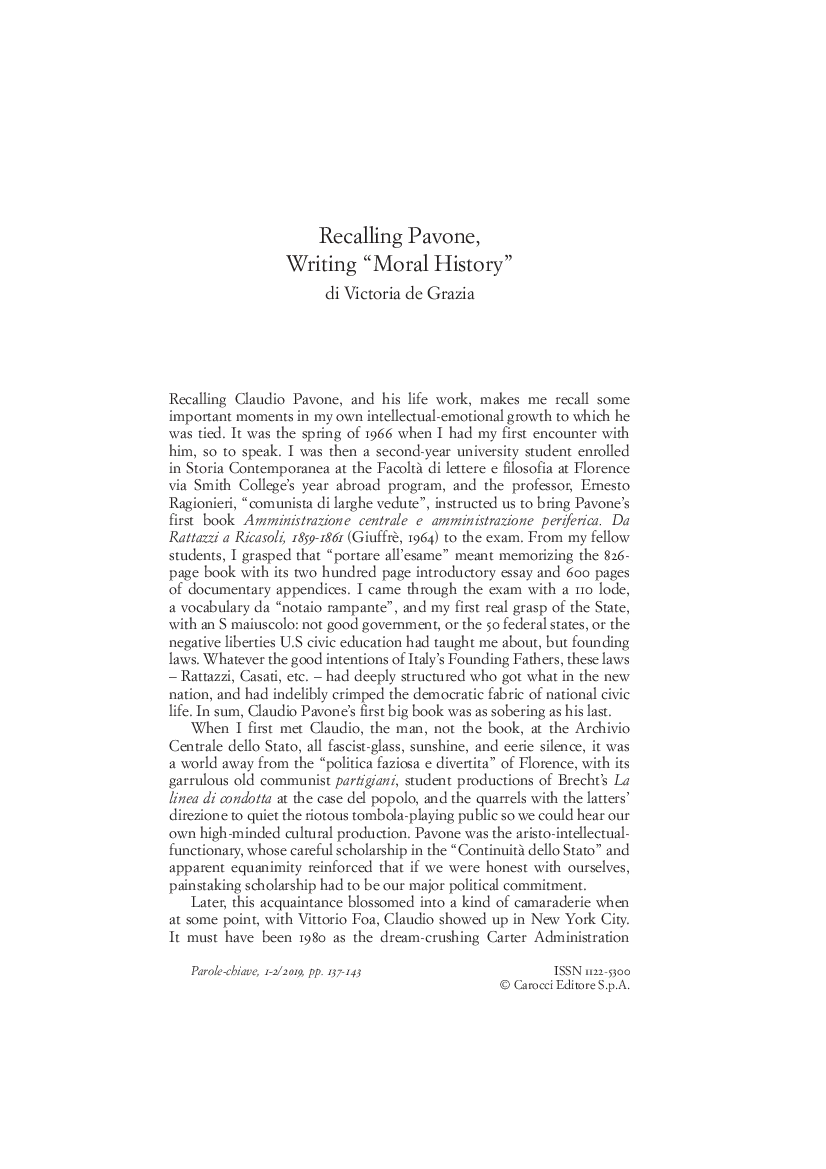