In 1968, students from the Centro Universitario de Estudios Cinematográficos (from Universidad Nacional Autónoma de México) captured with their cameras the process of protests, between the first s manifestations in July and the October, 2 Tlatelolco massacre. Given the repressions of Gustavo Díaz Ordaz's government, the footage was hidden and finally edited between 1969 and 1970 to make the documentary "El grito" (Leobardo López Arretche). The voice of the Italian journalist Oriana Fallaci has a strong role in the film. This article discusses the presence of her voice together with the students' voices - in the film, following John Beverley's reflections about the genre "Testimonio". Beverley has pointed out two key moments in Latin American testimonial literature: the emergence of the genre in the sixties, still focused on the Revolutionary imaginary, and its place during the complaints on violations of human rights, after the military governments of the seventies. Drawing on Beverly's distinction about literature, this work focuses on film, and also compares El grito with other Latin-American testimonial films of those years. 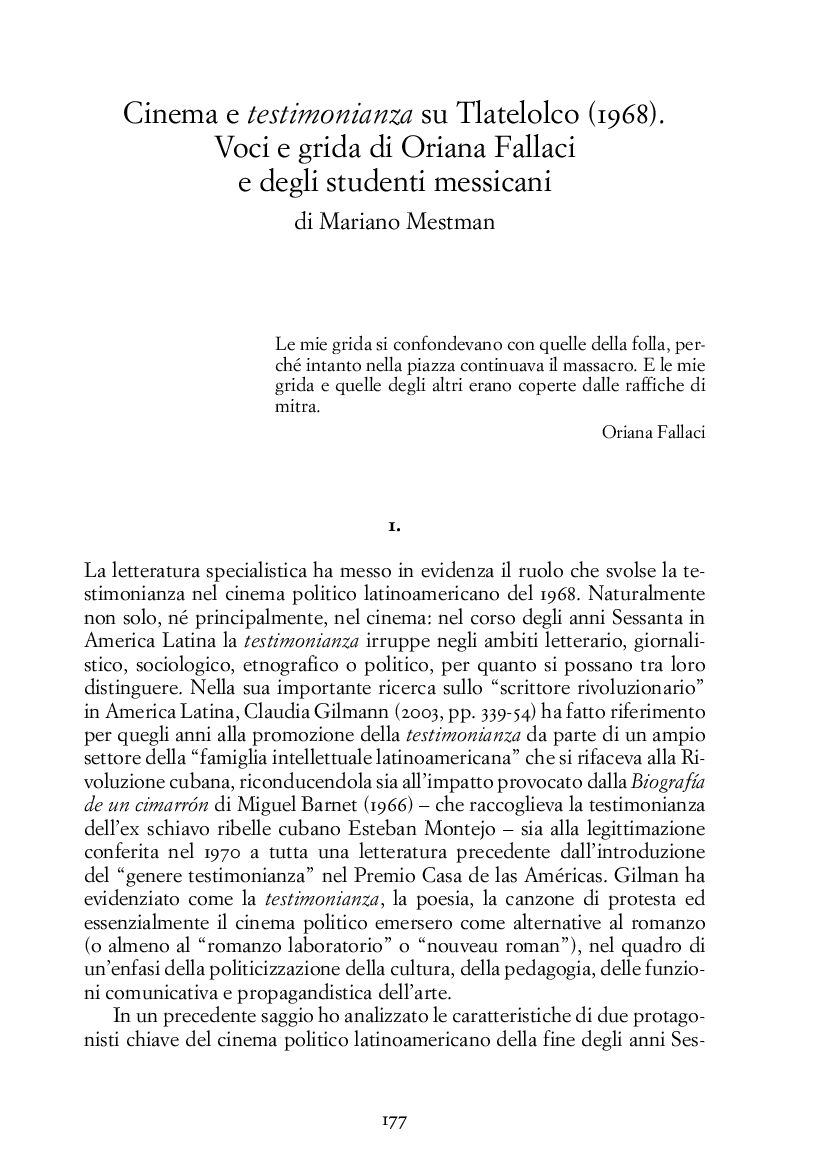