Neither food nor food behaviour are assemblage of products and isolated acts. They are part of the chains of interdependencies, which bind people together across the world, creating a series of symbols, images, protocol of usages and situations. Under this perspective, we can infer that in the history of humankind food and food behaviour have been strongly influenced by religion and religious precepts. With this articles the Author evaluates some theological roots and religious traditions associated with food. In particular, he tries to analyse the interplay and intersections between religion and food, in order to better understand how religious values and States rules responses to some needs and problems of our multicultural and multireligious societies; such as those referring the unfair exploitation of earth's natural resources and the right to food, which are increasingly linked to "ius existentiae", the rights to lead a free and dignified existence. 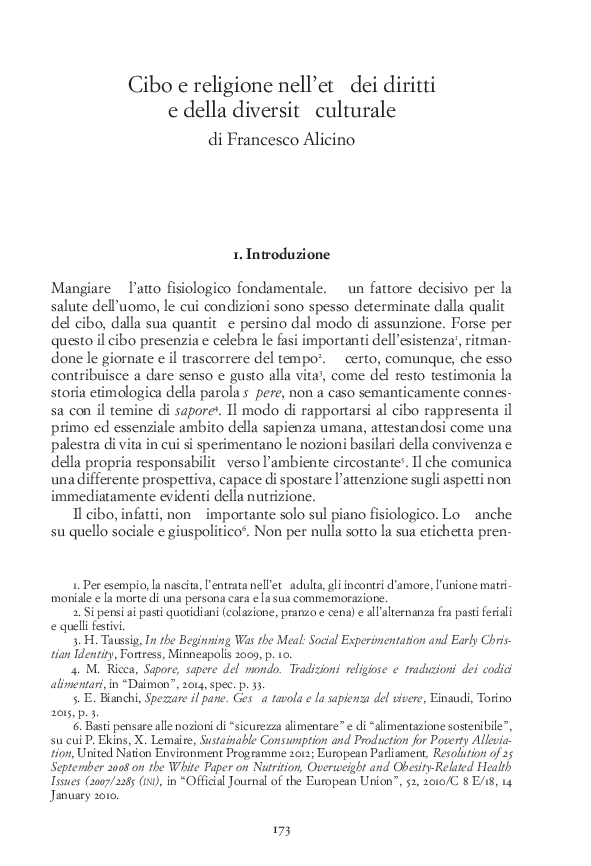