Two political conceptions are challenging the Western political debate: governance and anti-governance. According to the author, the antigovernance representatives are not anti-government, as they believe in a strong use of State's power, while the supporters of governance are not mere supporters of progressist government. In fact, the word "governance" represents the aspiration to govern without politics. It is an ancient model, the one of the government of "wise men" who held a superior scientific knowledge, that nevertheless does not exclude the popular consensus. Opposed to this conception are the anti-government exponents, populist politicians who have taken possession of important issues in the political debate, such as migration and the crisis of democracy. While governance supporters have tried, over the last few years, to depoliticize the public sphere, the anti-governance ones argue that decisions should be taken by strong political leaders who talk in the name of the people. 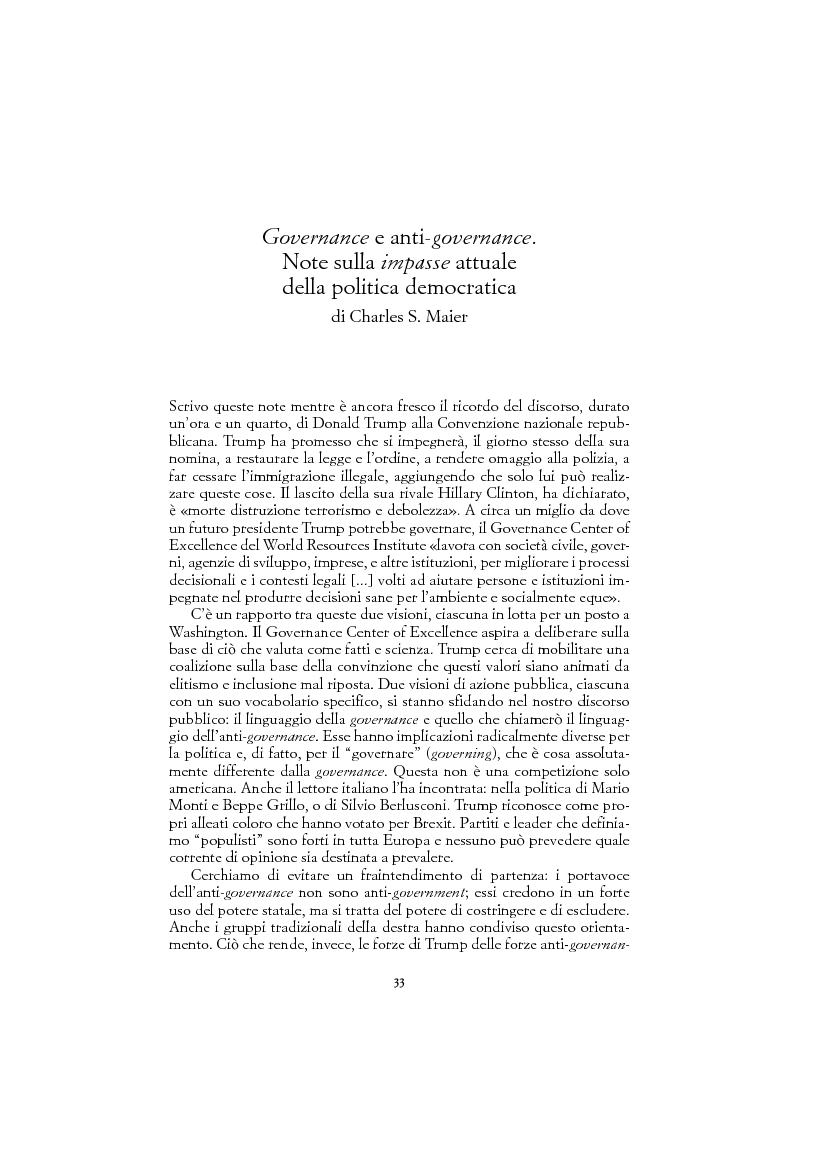