In this essay, the author highlights an important point of contact between the thinking of Marx and that of Mommsen, with reference to the theme of slavery in ancient Rome. Marx, in fact, precisely in the years in which Mommsen published his most important work, namely the "History of Rome", was studying the historical forms of employment, while writing his masterpiece "Das Kapital". This confrontation between the two great German thinkers, according to the author of the essay, should prove that Marx's idea of ancient slavery was too hasty and uniform. In the view of Canfora, Karl Marx wanted above all to demonstrate how huge was the difference between old and modern capitalism. 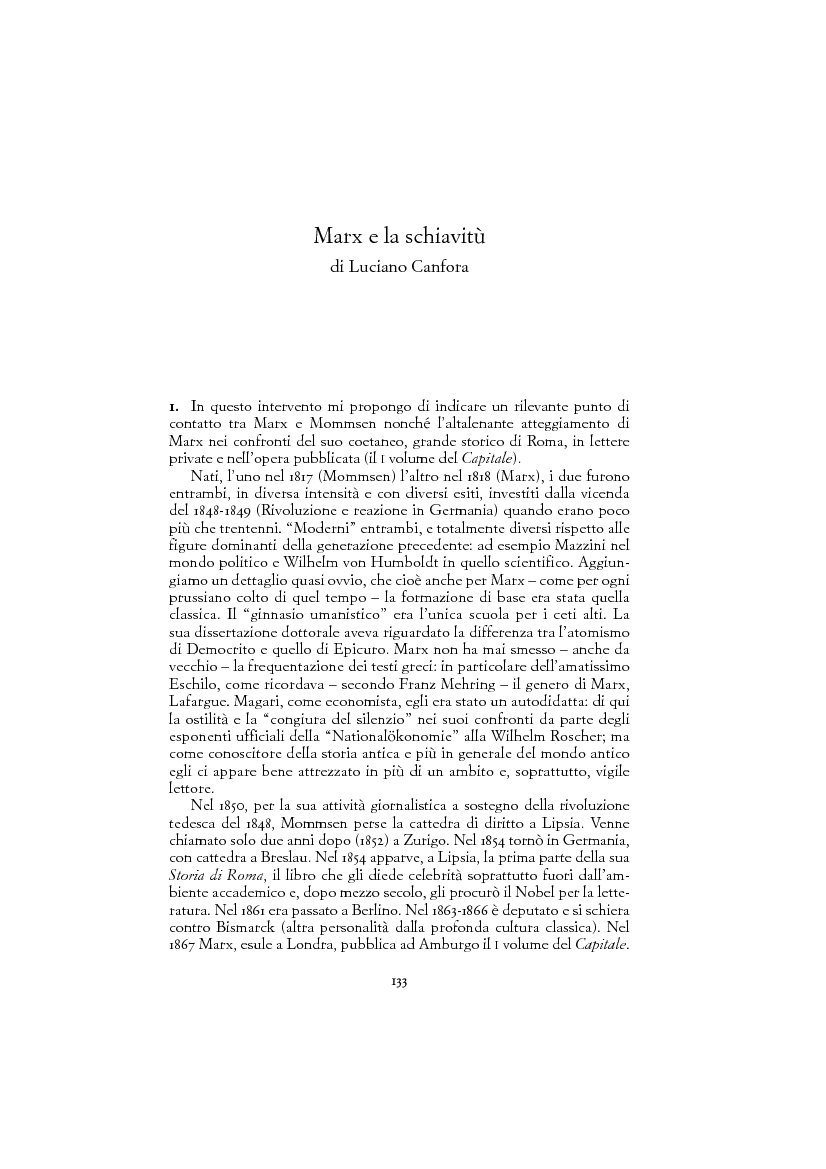