Before invading Ethiopia on oct. 3rd 1935, and during the first months of the war, the fascist regime used the slavery issue as a tool of propaganda. Its aim was twofold: to "sell" the war as a "civilising mission", acceptable by the international public opinion following the standards of colonial "humanitarian imperialism"; and to cause the expulsion of Ethiopia from the League of Nation, where it was admitted in 1923, on the base of "indignity" allegations. Ethiopian slavery was in the 1930s a very hot issue. After the Act of the Bruxelles Conference (1890), which conceived colonisation as a legitimate antislavery measure, the existence of slavery in the only independent African country was a source of diplomatic activism by the colonial powers. Following the guidelines of the Ministry of Press and Propaganda Italian newspapers, journals and publishers made of slavery the symbol of an "abyssinian barbarism", which called for a humanitarian civilising intervention. British antislavery literature was used as a major source both of data and information about slavery in Ethiopia, and of opinions about the need of foreign intervention. A complete failure from a diplomatic point of view, fascist antislavery propaganda is a very interesting - albeit understudied - topic for the insights it offers on cultural issues of the late colonial era and on the participation of scholars to fascist imperialism. 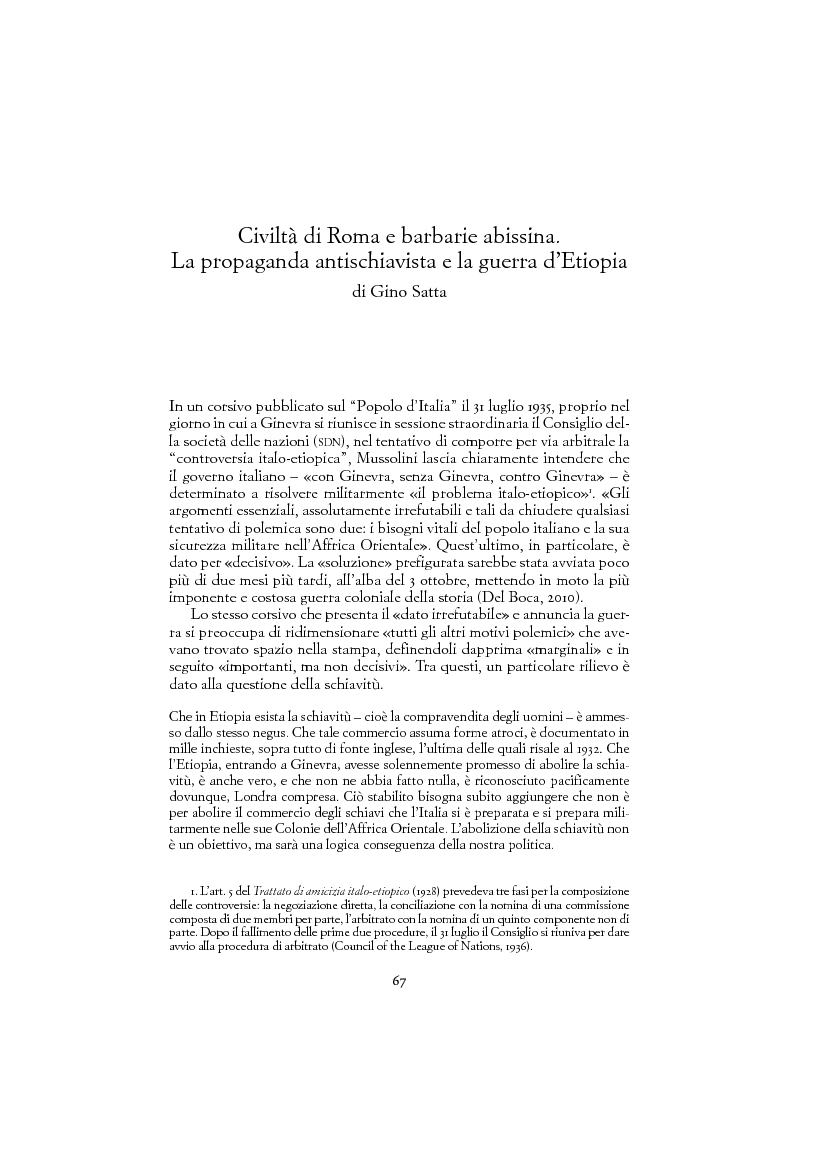