The author analyses the current economic and social conditions of South¬ern Italy, moving from the latest report of svimez, published in July 2015. The analysis is based on three aspects of the "Southern Question": first, the evolution of public intervention in relation to the situation of the South; secondly, the interpretations that, since the second half of the Sev¬enties, have been given on the "Southern Question" and its causes; thirdly, the policies implemented to solve the "Southern Question", always criti-cized by svimez in the last decades. According to the author, the decline of southern Italy and the increase of the North-South gap-divide have their bases in the cessation of the extraordinary intervention in favour of the South, during the last two decades. 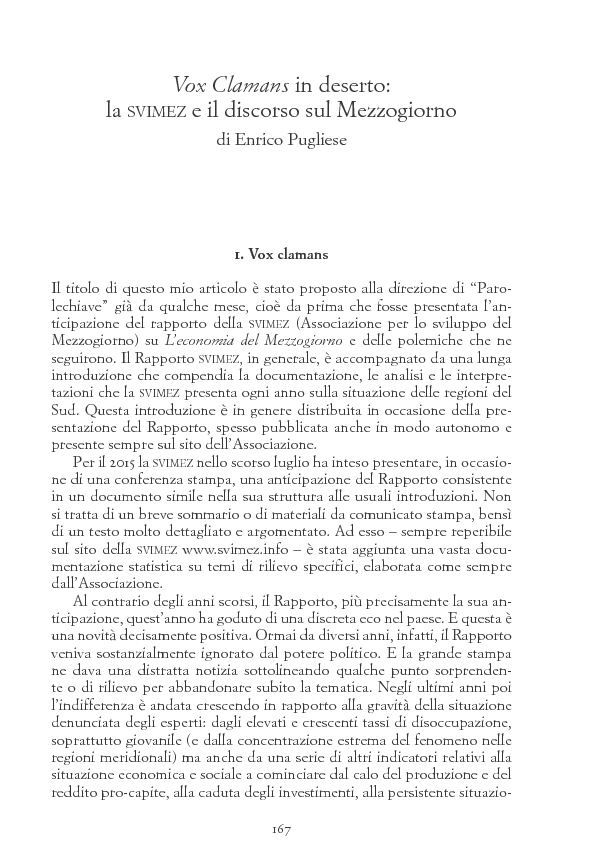