The author analyses the environmental situation of the city of Taranto and the effects of the steel plant ilva, moving from the results of a study, pu¬blished in October 2012, on the mortality and diseases contracted by the people of Taranto and caused by industrial pollution. According the author, the responsibility for this environmental disaster is of the local and national politicians, who thought to have at their will the fate of the territory, as if the latter were an African colony to be exploited. ilva is a double failure: on the one hand, the failure of the privatization of a public factory, in a non-tran¬sparent manner; on the other hand, the failure of the policies of the "First Republic" and of the extraordinary measures adopted to support the South. 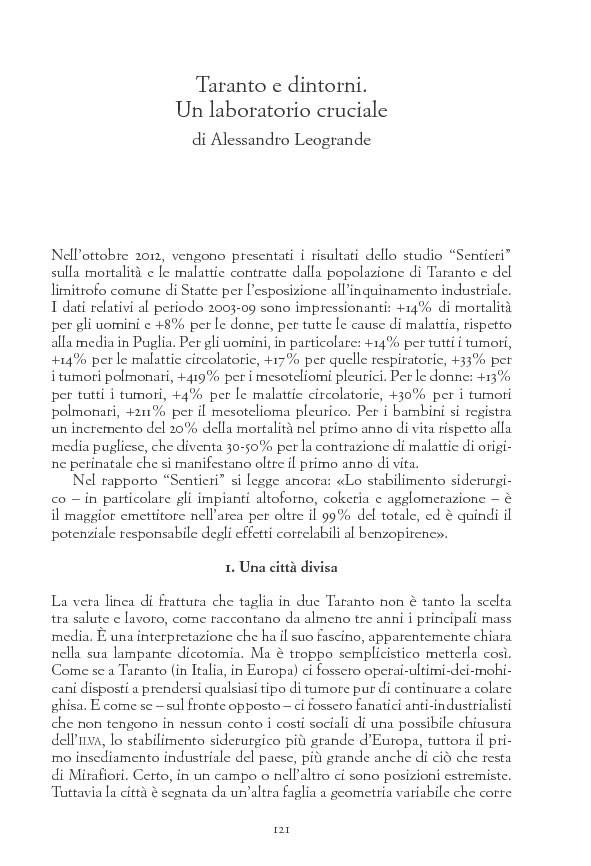