Starting from the evidence that the combination of state and market is no longer dominating nowadays, the author looks back at the genealogy of Socialist utopia both as a political (France) and as an industrial revolution (Great Britain), that is in the writings of Owen, Fourier, Saint-Simon and Lorenz von Stein ("Wissenschaft der Gesellschaft"). After showing the polysemic meaning of "capital" in Marx's work, he passes to consider the new phase opened, at the end of nineteenth century by the presence of socialist mass parties engaged in establishing forms of social democracy. After reminding the long line of division opened by the conflict between democratic socialism and the so called 'existing socialism' in the Twentieth Century, the author concludes with considerations on the new phase of the millenium wondering whether the limits of progress, the need for new relations between ethics and economics, national states and global governance might still be named Socialism. 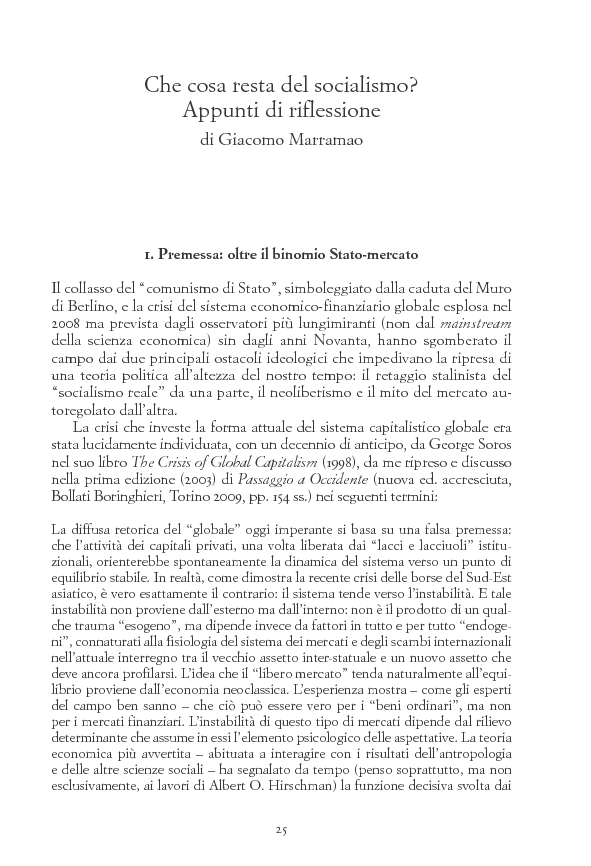