The aim of this study is to highlight the ways and forms of representation through which cinema has dealt with the Northern Ireland conflict and the catastrophic consequences that this long and bloody hostility has caused over time. It will be seen how, through generic and often very different interpretative keys, Troubles film has employed over the years a visual, narrative and, more broadly, descriptive strategy aimed at rendering dystopian the image of this civil war and thus of the violated territories (Belfast, Derry, Long Kesh-Maze) on whose surface it occurred, building nightmarish dimensions and reconstructing complex critical spaces. 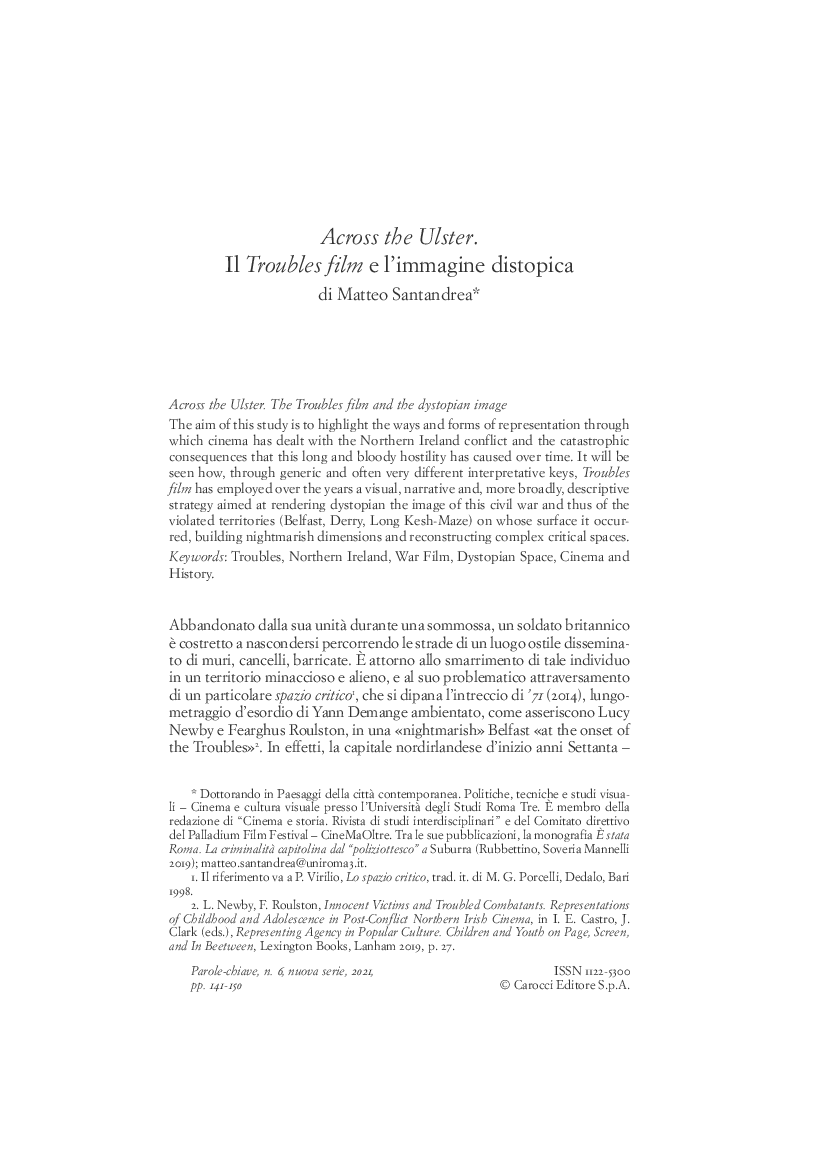