The utopic imagination on work by thinkers as diverse as Marx, Mill or Keynes focused on its eventual demise thanks to technological progress. No longer impeded by economic necessities, human activity would have become a free expression of creativity. While there have been progresses in that direction, in no country has this utopia been realized. In fact, in the US, the richest among the large countries, increases in leisure have stalled since the 1980s. This is not surprising for those in the bottom half of the income distribution as earnings for the median male worker have stagnated in the US over the last four decades. On the other hand, compensations have soared for the “working richµ, who today – especially if males, as is often the case – work for the market even longer hours each week than the rest. A possible explanation, beyond greed and consumerism, is that the steepening of the occupational ladder, ideologically justified by meritocracy, has led to more striving at work to reach and maintain the positions at the top. Some critics are starting to ask if this is a good way to organize a society. 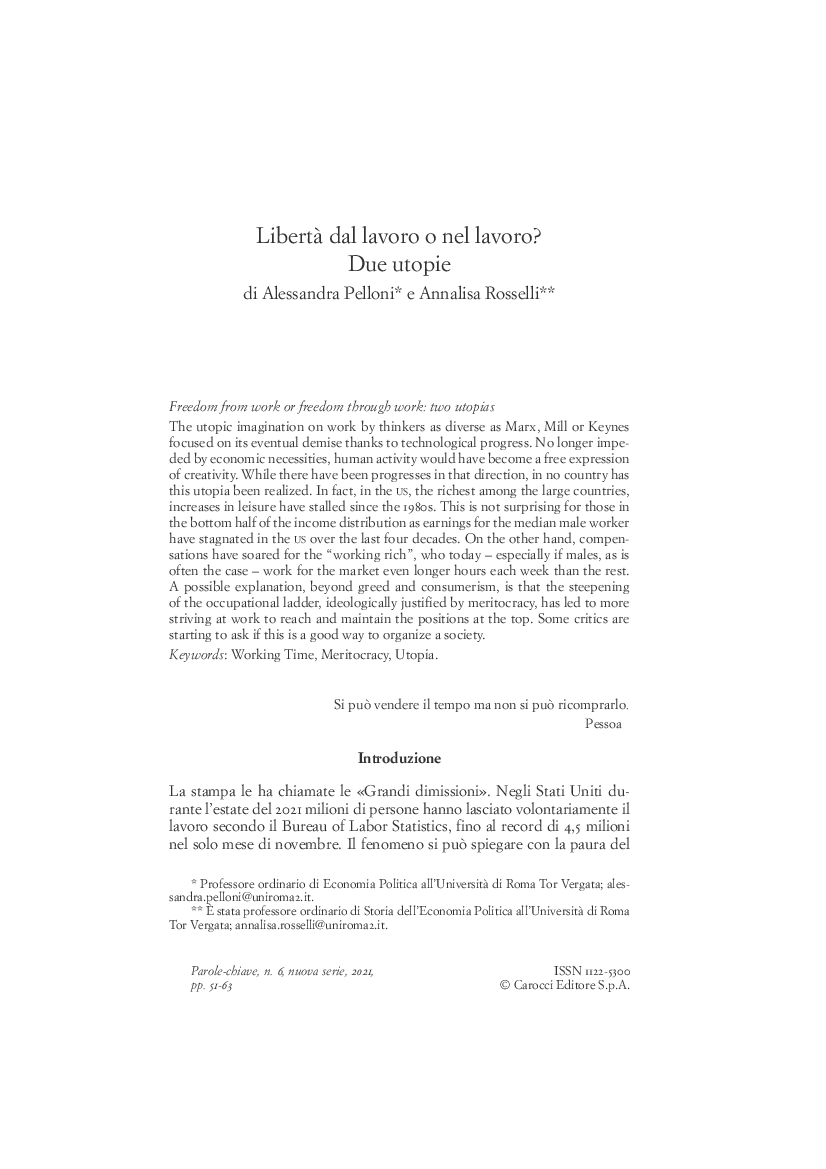